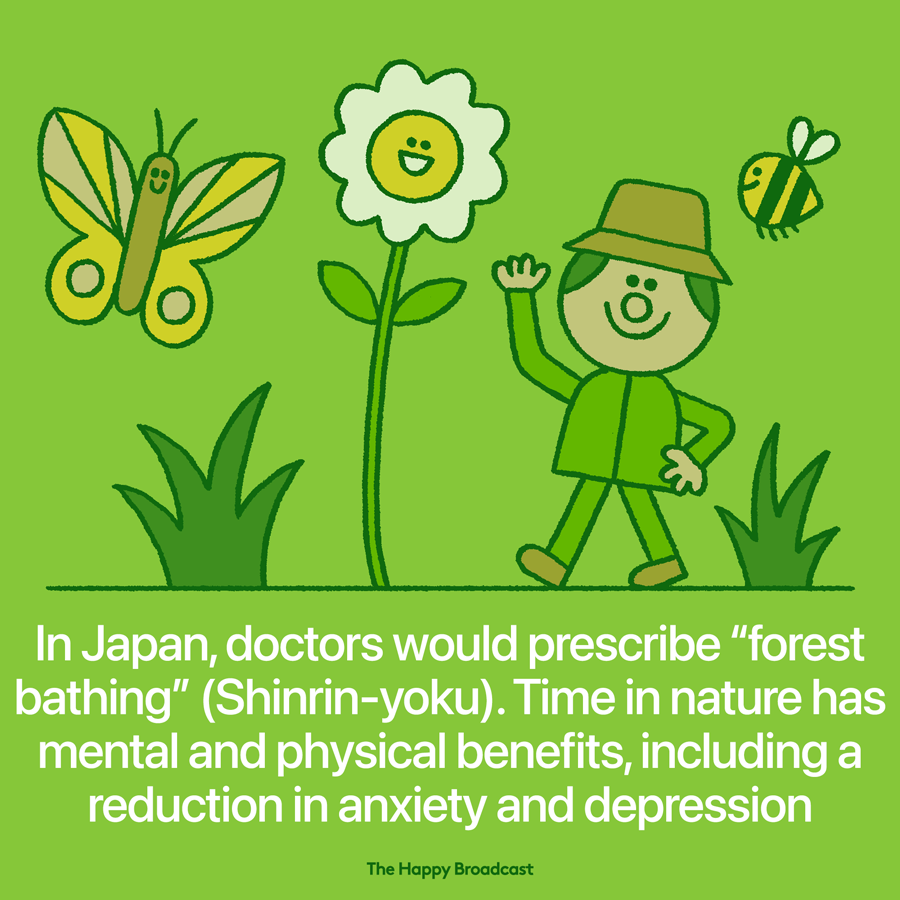 In the early 1980s, the Japanese government noticed some growing issues with their population. High suicide rates, social isolation and over-reliance on technology were hurting the people's well-being. Seventy percent of Japan is forested, and the government took to the trees to find a solution. A public health program called shinrin-yoku, or forest bathing, was started in 1982.

Forest bathing involves simply going into nature and being present with all five senses. The use and presence of technology is discouraged (turn off your phone!) and many participants forest bathe with bare feet for the full grounding effect. It's not a strenuous hike -- though those are great for you, too -- it's a meandering stroll with frequent breaks to observe what's around you.

Since 1982, many researchers have published a wealth of evidence for the benefits of shinrin-yoku, and it has become imperative in the Japanese healthcare system.

Forest bathing has been shown to lower your heart rate and blood pressure. It has a whole host of positive mood effects, including a reduction in hostility and depression. Forest bathing also decreases fatigue, anxiety and confusion, and generally has a strong relaxing effect. In Japan, increased forest coverage has even been suggested to lower overall mortality rates.