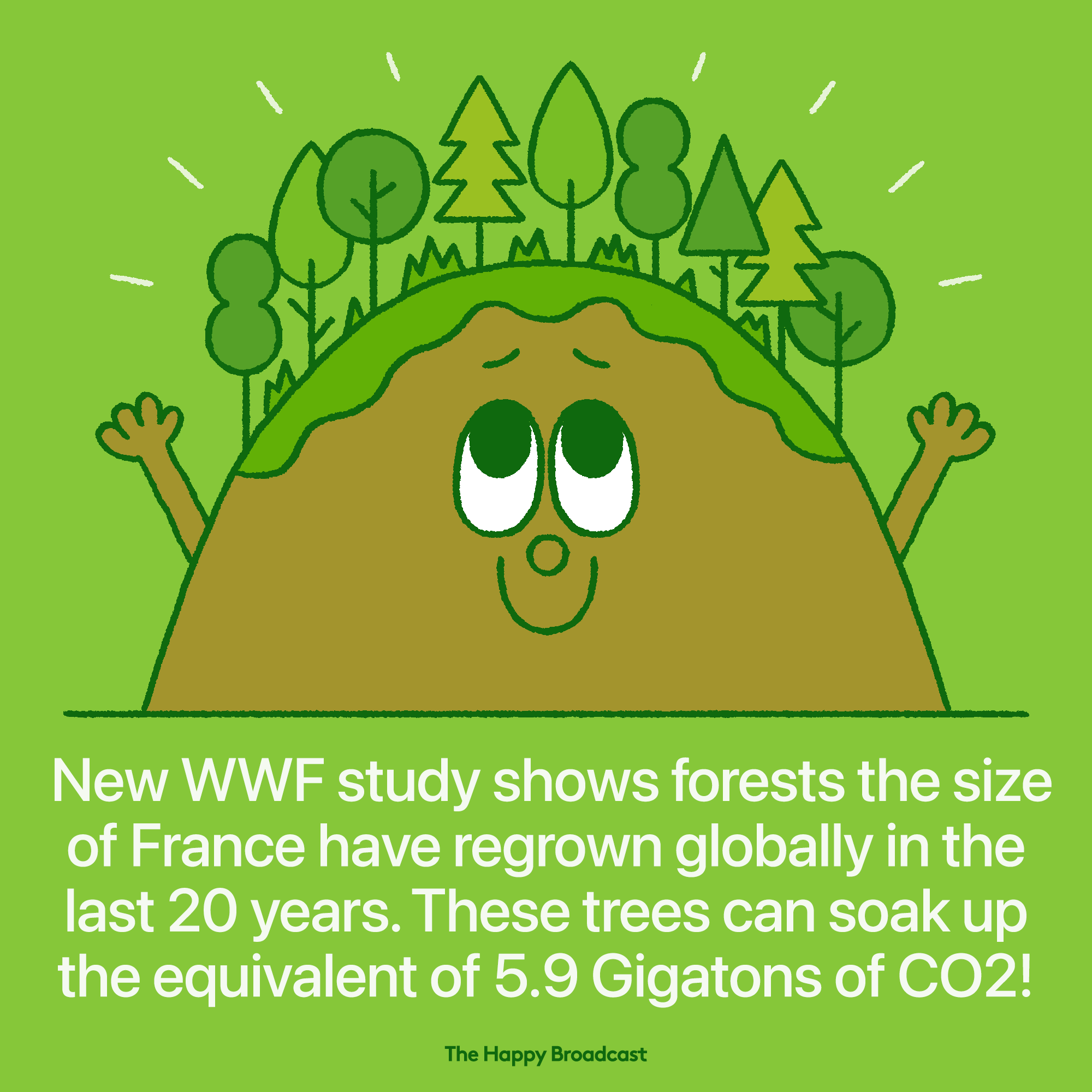 Nearly 59m hectares of forests have regrown since 2000, the research found, providing the potential to soak up and store 5.9 gigatonnes of carbon dioxide – more than the annual emissions of the entire US.  The two-year study, conducted via satellite imaging data and on-ground surveys across dozens of countries, identified areas of regrowth in the Atlantic forest in Brazil, where an area the size of the Netherlands has rebounded since 2000 due to conservation efforts and altered industry practices.

Natural regeneration is different from tree-planting, and involves either leaving forests completely alone or at times giving them some assistance to regrow and recover.

“We’ve known for a long time that natural forest regeneration is often cheaper, richer in carbon and better for biodiversity than actively planted forests, and this research tells us where and why regeneration is happening, and how we can recreate those conditions elsewhere.

Scientists warn that while there is room for some optimism, there is more to be done to recover the crucial biome that our planet’s forests provide.

So let’s support the goal of letting forests regenerate to protect our planet and slow down climate change!