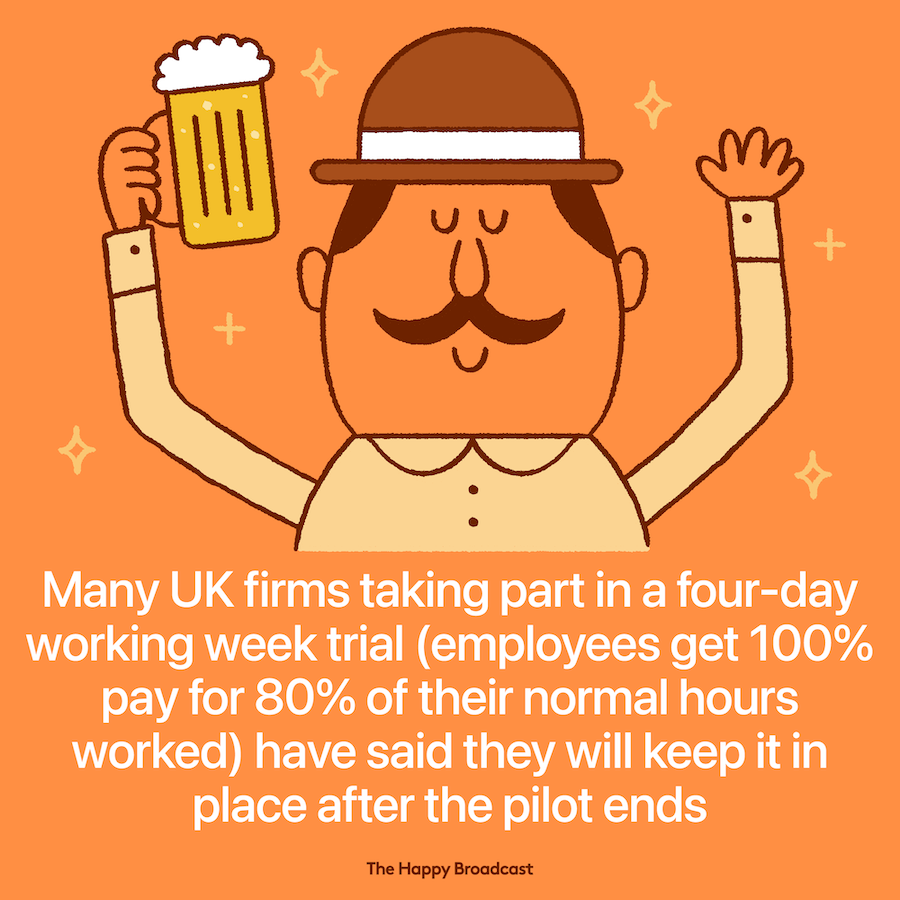 Many UK firms taking part in a four-day working week trial have said they will keep it in place after the pilot ends.

More than 70 firms are taking part in the scheme where employees get 100% pay for 80% of their normal hours worked.

At the halfway point in a six-month trial, data shows that productivity has been maintained or improved at the majority of firms.

Of the 73 companies in the trial, 41 firms responded to a survey midway through the scheme. Around 86% of those surveyed said they would keep the four-day week policy going after the trial ends.

The majority of firms said it is working well for their business, while 95% said productivity had stayed the same or improved during the shorter week.

More than 3,300 employees are getting one paid day off per week through the course of the trial.  The trial is being run by 4 Day Week, a group campaigning for a shorter working week, along with Autonomy, a think tank and researchers at Cambridge and Oxford universities.