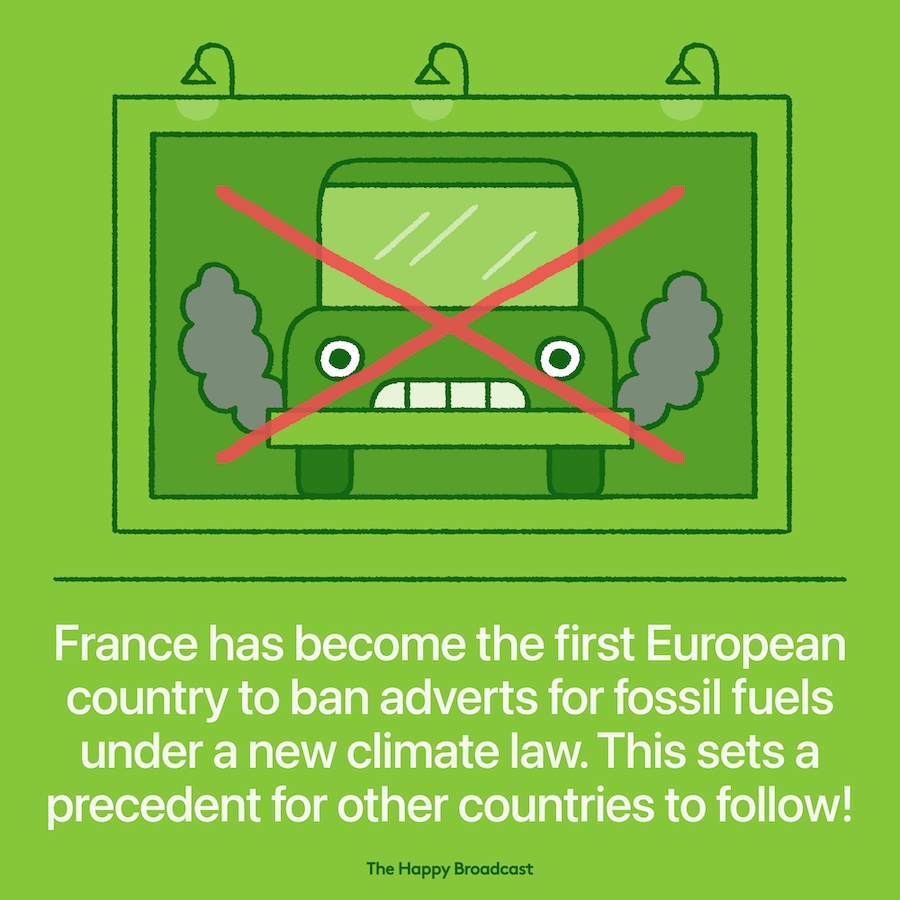 Finally a first step in the right direction, targeting companies rather than consumers.

France has become the first European country to ban adverts for fossil fuels under a new climate law.

The new law comes after campaigners including Greenpeace called for the EU to ban fossil fuel adverts, comparing it to laws around those restricting the tobacco industry.

Announced on 22 August, the legislation prohibits advertising for all energy products related to fossil fuels such as petrol products, energy from the combustion of coal mining and hydrogen-containing carbons.

Companies that go against the new law could face fines of between €20,000 and €100,000 with repeat offenders paying double the amount.

Adverts for natural gas are still allowed for now but new rules are set to be introduced in June next year.