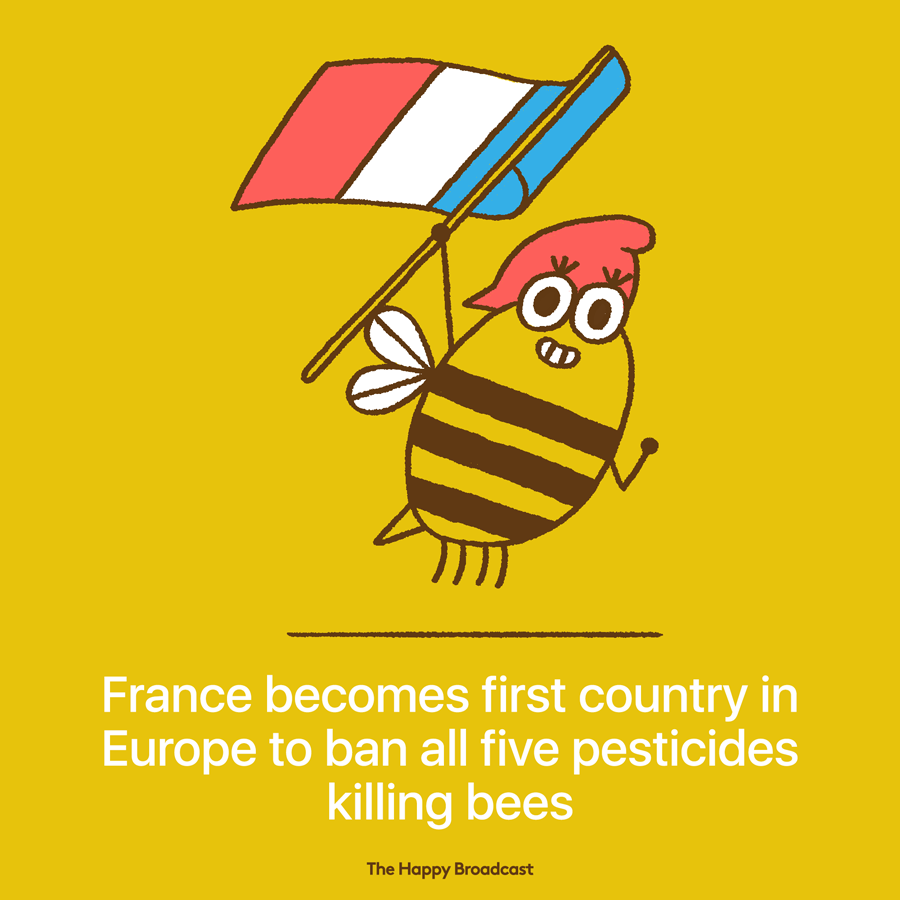 France is at the forefront of a campaign against chemicals blamed for decimating critical populations of crop-pollinating bees.
A radical step has been taken towards protecting its dwindling bee population by becoming the first country in Europe to ban all five pesticides that are killing off the insects.
By enforcing the ban, France is going further than the European Union, which voted to outlaw the use of three pesticides in crop fields. Let’s all say together “‘J'aime les abeille!”