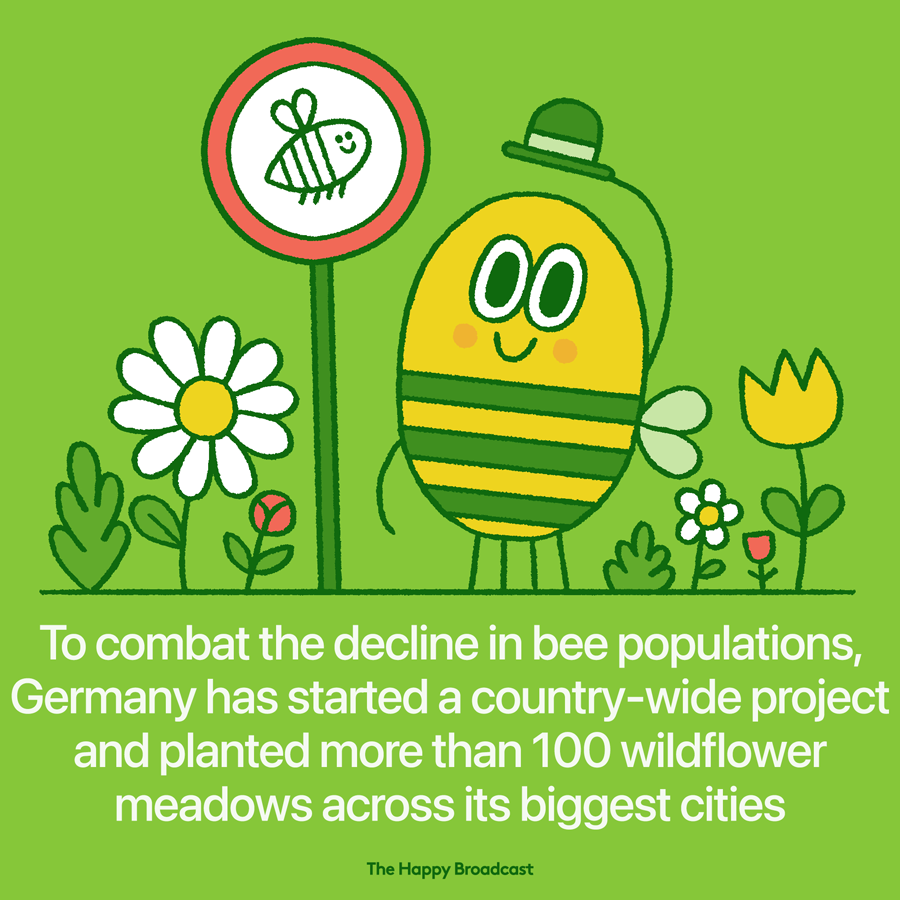 In Germany, hope is growing for wild bees and insects. Surprisingly, it's taking root in the country's large urban cities, thanks to wildflower meadows being planted precisely to reverse precipitous declines in insect populations.

Germany is home to about 580 species of wild bees. A 2017 study by the Entomological Society of Krefeld showed a 75 percent decline in total flying insect biomass in protected areas in Germany since 1989.

To combat this catastrophic decline in bee and insect populations, Germany has undertaken a country-wide project to plant urban wildflower meadows. The Guardian reported that more than 100 flowers and wild grasses have been planted throughout Germany's largest cities over the last three years, and more are on the way.

Berlin has set aside €1.5m to seed and nurture more than 50 wild gardens over a five-year period, while Munich has set up about 30 meadows since 2018. There are similar initiatives in Stuttgart, Leipzig and Braunschweig.

Longer-term efforts to save bees and other insects must move beyond city limits to address agricultural land use and pesticides. Nonetheless, the urban havens would teach city-dwellers something essential about their natural environment.