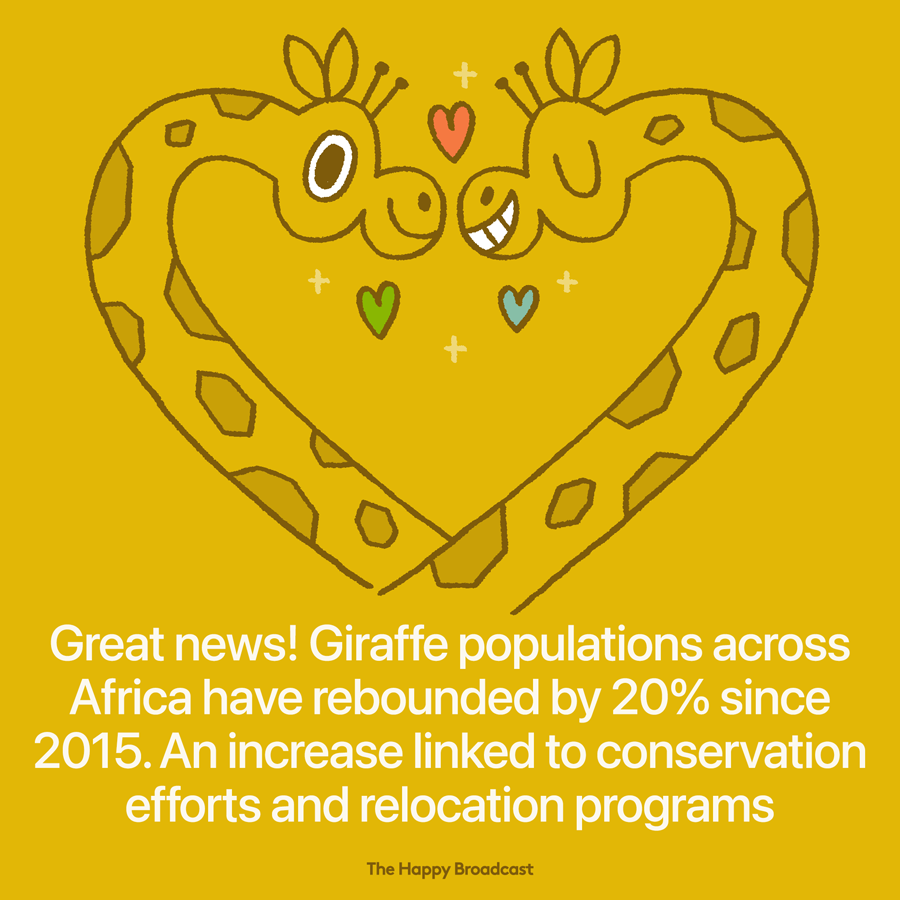 Giraffe numbers have increased across Africa, new research shows, a rare spot of good news in the conservation world.

According to a recent analysis of survey data from across the African continent, the total giraffe population is now around 117,000, approximately 20 percent higher than it was thought to be in 2015, when the last major survey was published.

Giraffes were once considered a single species. But recent genetic evidence shows there are likely four species of giraffe, three of which have increased considerably in number: northern, reticulated, and Masai giraffes. The fourth, southern giraffes, have remained relatively stable.

Data was collected during the last few years across 21 countries, by governments, researchers, nonprofits, and even citizen scientists.