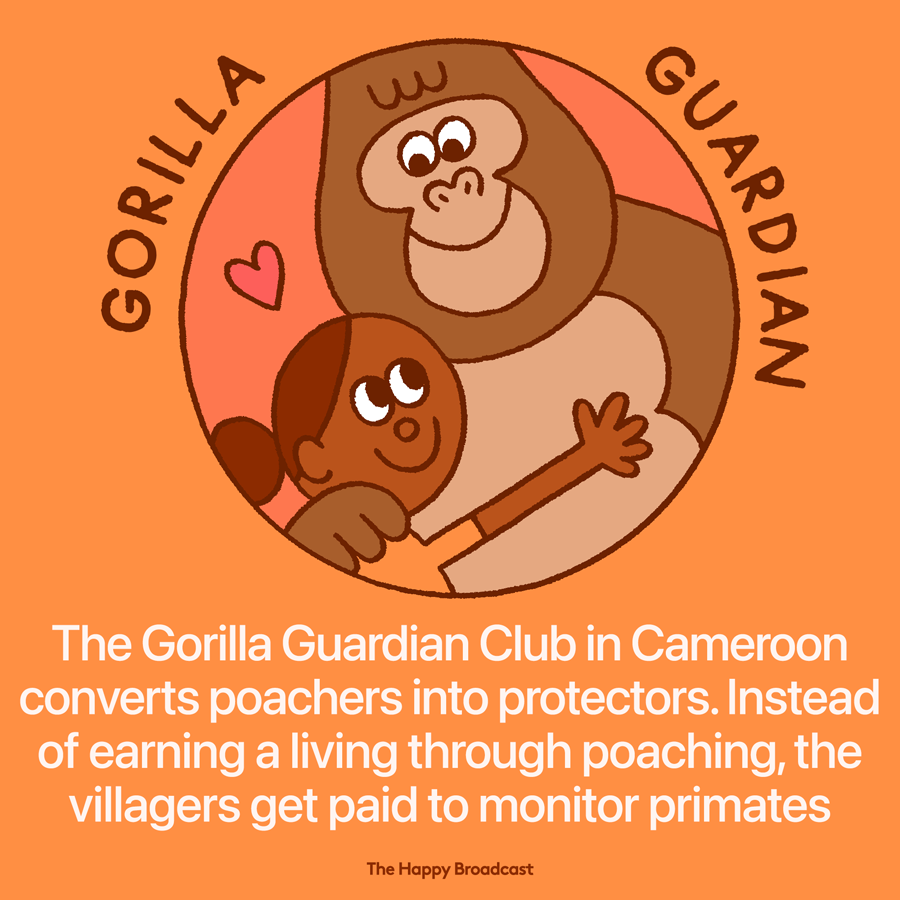 The Ebo forest in the Congo Basin is the second largest tropical rainforest in the world, after the Amazon Basin. The Ebo Forest Research Projectn (EFRP) was launched eight years ago by scientists from Cameroon and the United States. They are working in close cooperation with three comnunities in the forest to protect what might be the rarest form of gorilla – the Ebo gorillas..

The EFRP in consultation with local communities has devised a new strategy for gorilla conservation: Club des Amis des Gorilles (CAG, Gorilla Guardian Club) in the villages closest to the small gorilla population.

At the same time, the club members receive training on animal husbandry and agriculture, so that those who used to rely on poaching can make a living without coming into conflict with their gorilla neighbors.

Many of the villagers used to make their living as poachers and are now heavily involved in the conservatorship of these endangered primates. They monitor the gorilla habitat on a monthly basis, to record signs of gorillas and threats to them over time.

The club organizes community engagement activities such as storytelling, discussions, film shows, and involve local schoolchildren to spread and embed the positive benefits of looking after the forest and wildlife.