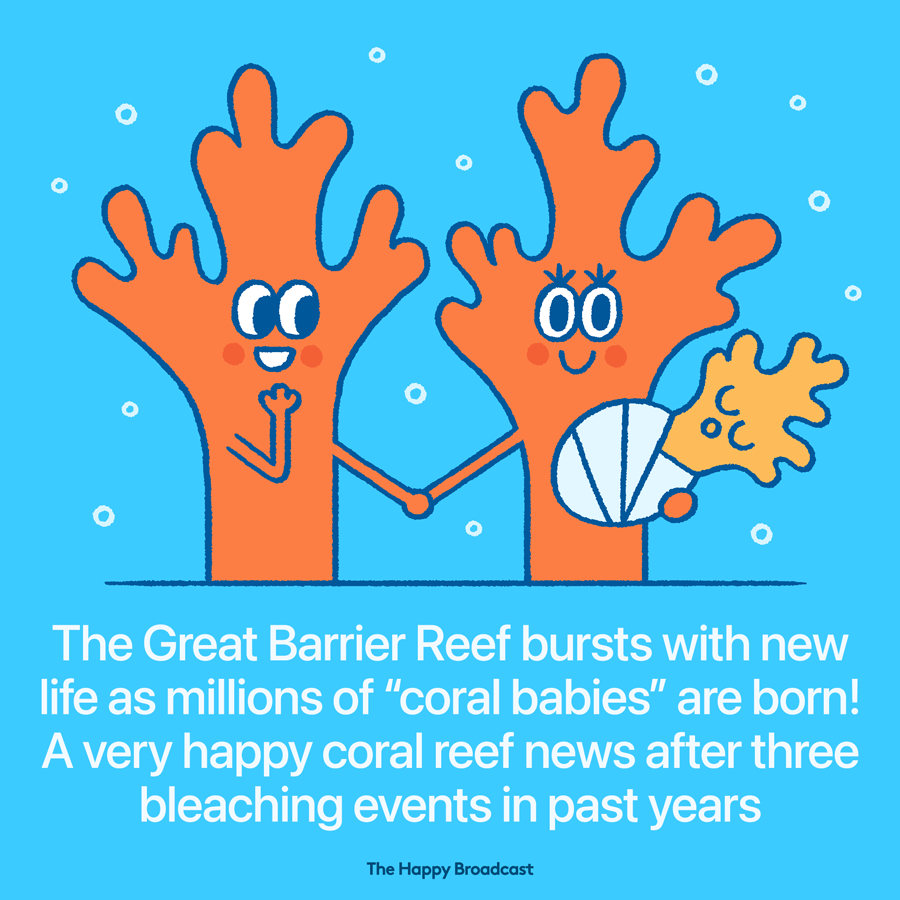 On November 23, in an explosion of colour and a show-stopping sign of life, billions of coral babies were born on the Great Barrier Reef off the coast of Cairns, Australia, marking another milestone in the ongoing story of life on the Reef.

The Great Barrier Reef has suffered three mass bleaching events during heatwaves in 2016, 2017, and 2020, leaving many affected corals struggling to survive.

Coral spawning occurs once a year when corals release tiny balls containing sperm and eggs into the water. These float to the surface where they break open, releasing both sperm and eggs to bump into each other and cross fertilise.

A marine biologist with more than 20 years’ experience, Mr Phillips has monitored coral spawning on the Great Barrier Reef for more than a decade. ''Nothing makes people happier than new life -- and coral spawning is the world's biggest proof of that.''

“It’s a strong demonstration that its ecological functions are intact and working after being in a recovery phase for more than 18 months. The reef has gone through its own troubles like we all have, but it can still respond – and that gives us hope.”

The ecosystem supports 65,000 jobs in reef tourism. Globally, hundreds of millions of people depend on the survival of coral reefs for their livelihoods and food security.