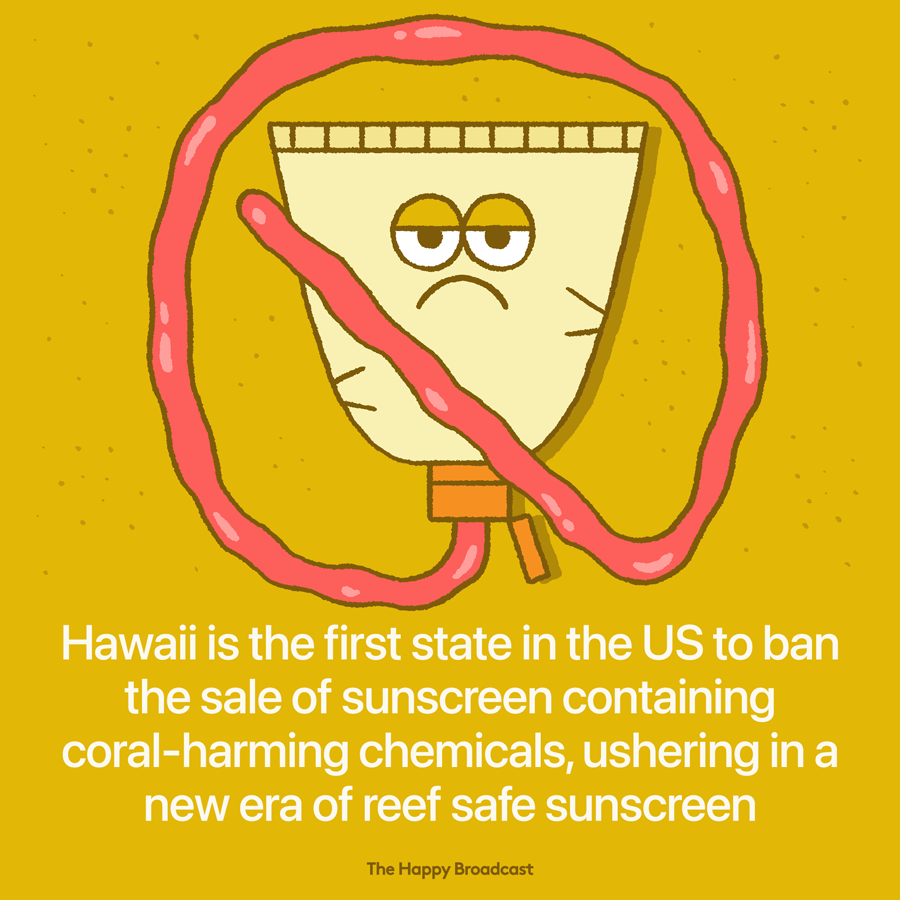 Hawaii’s long-planned ban on a number of sunscreens deemed harmful to the state’s coral reefs became law with the start of the new year.

Proposed in 2018, the legislation bans the sale of over-the-counter sunscreens containing oxybenzone and octinoxate, two chemicals believed to contribute to coral bleaching. When coral bleaches, it is not dead, but under significant stress and subject to increased mortality levels.

The chemicals are in more than 3,500 of the world’s most popular sunscreen products. A 2015 study of coral reefs in Hawaii, the U.S. Virgin Islands, and Israel determined that oxybenzone leaches the coral of its nutrients and bleaches it while also disrupting the development of fish and other wildlife.

Choosing the right sunscreen is important not only to protect skin from burns and cancer, but also to preserve our oceans and marine life!