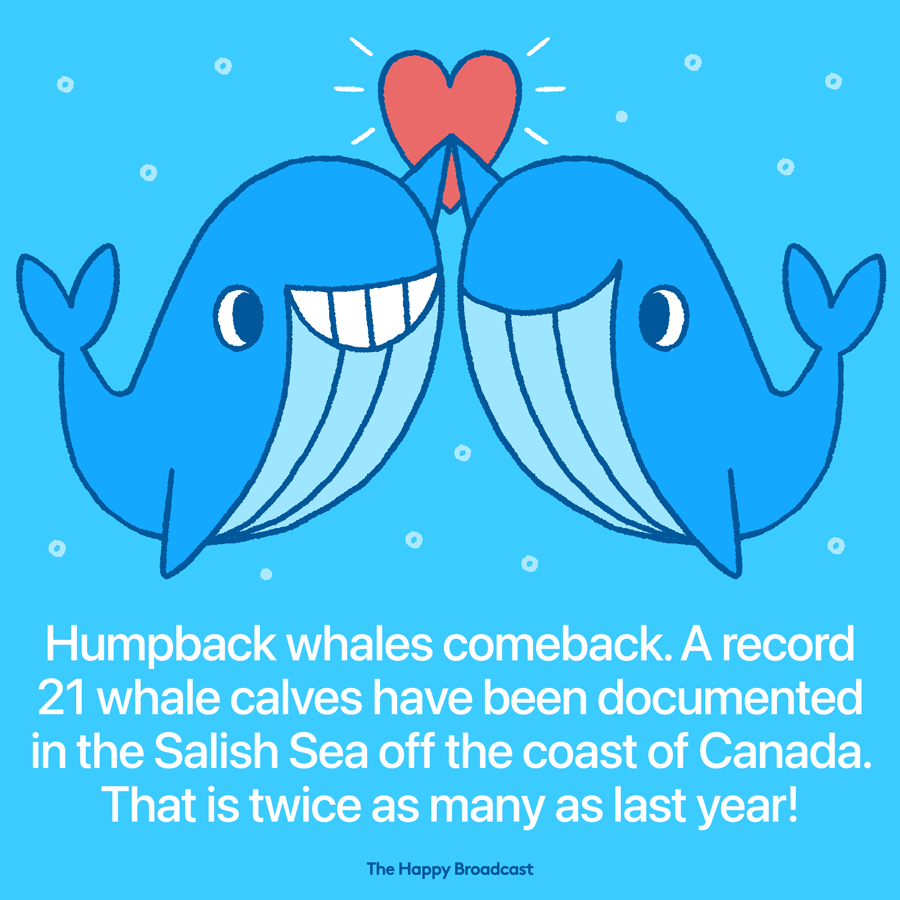 As many as 500 humpback whales and a record 21 whale calves have been documented in the Salish Sea off Washington and British Columbia, according to the Pacific Whale Watch Association (PWWA) — a significant recovery for a species listed as endangered just 25 years ago.

21 calves have been documented by whale watchers and researchers throughout inland Washington and British Columbia. According to Mark Malleson of Center for Whale Research, that is the highest annual number on record so far for the region, and is nearly twice as many as were reported in 2020, when 11 calves were documented. The resurgent humpbacks are giving whale watchers, environmentalists, researchers and marine mammal scientists an up-close look at an extraordinary conservation success story. Researchers believe there are more than 21,000 humpbacks now in the eastern North Pacific, up from about 1,600 when whale hunting was banned in 1966, and there are as many as 85,000 worldwide.