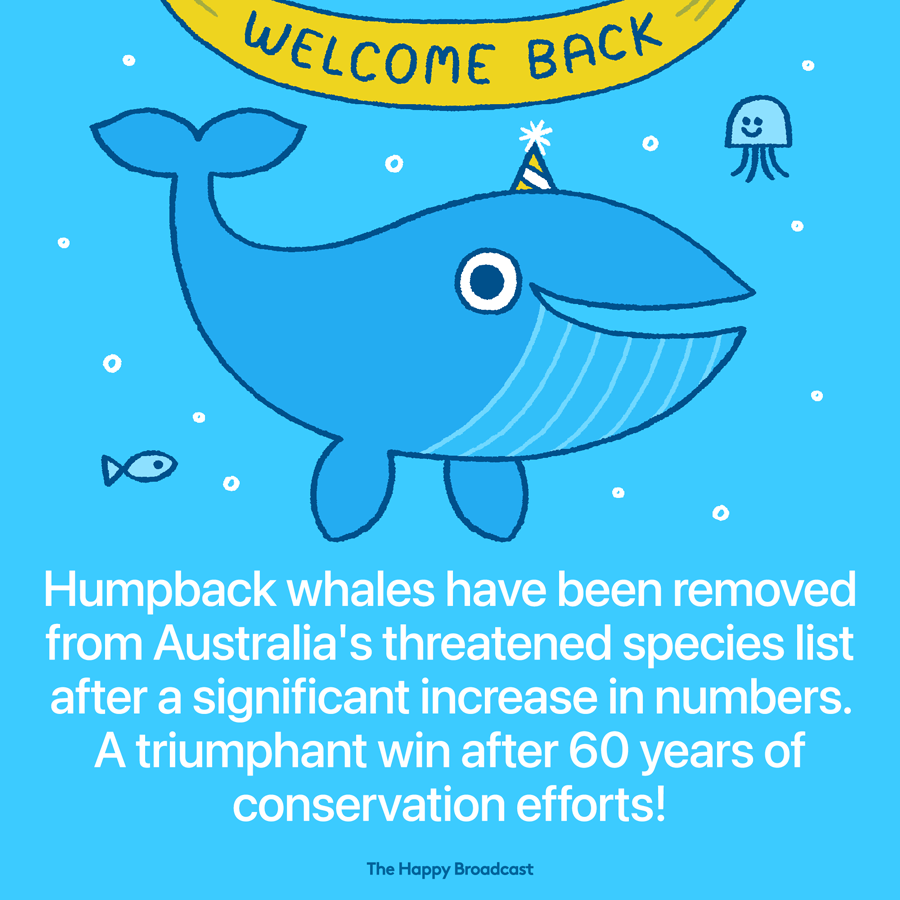 Humpback whale numbers were severely depleted between the 17th and 20th centuries by whalers who hunted the species commercially for oil, meat and baleen, leaving them close to extinction.

The Australian government is calling the success “one of the most majestic animal recovery stories ever recorded”.

“This is not about removing safeguards for humpbacks, which are still a protected migratory species, but it is a recognition of the success of the outstanding conservation efforts that are in place,” Minister for the Environment Sussan Ley said in a statement.

At the height of the global whaling industry there were as few as 1500 Humpback whales in Australian waters, today that population is believed to be as many as 40,000 individuals and growing.

Despite being removed from the threatened species list, humpback whales are continuing to face serious threats and there are concerns that global warming could cause numbers to decline again as our oceans warm.

Acting on climate change is another way we show how we contribute to a healthier world, including the beautiful Humpback whales!