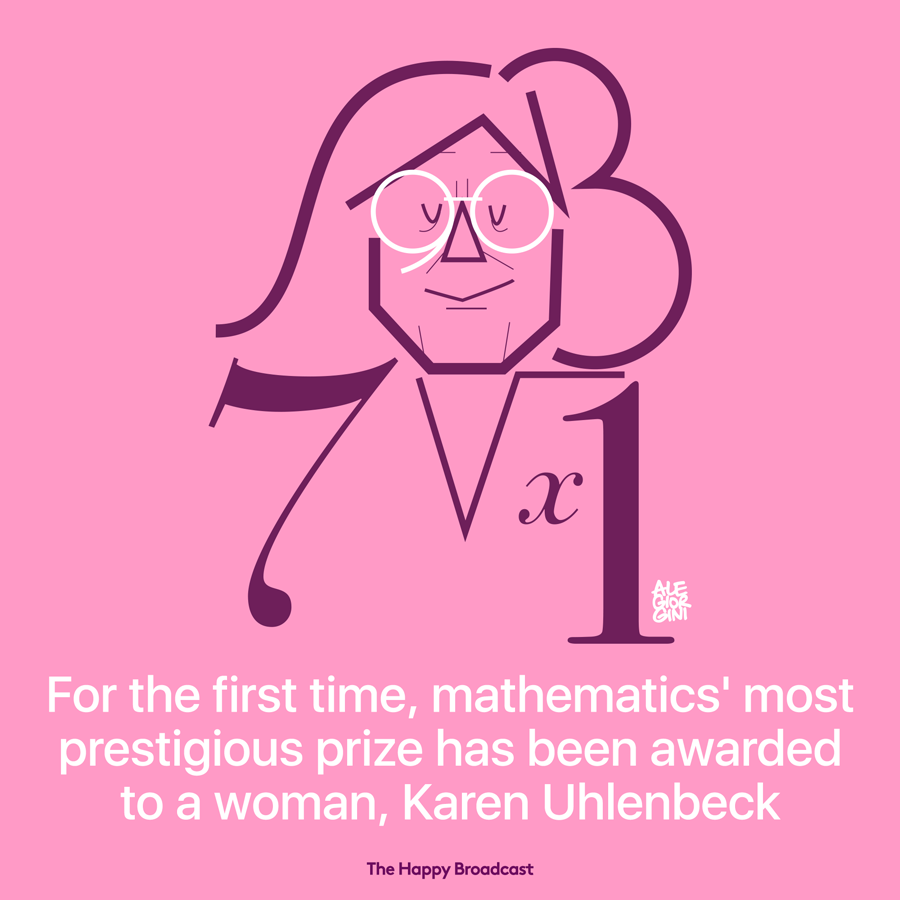 Karen Uhlenbeck, a mathematician and professor at the University of Texas, has been awarded this year’s Abel Prize, a mathematics prize modeled after the Nobels. It’s the first time the prize has gone to a woman.

The Abel Prize is awarded by the King of Norway to mathematicians who have greatly influenced their field, and includes a cash award of 6 million Norwegian kroner (about $700,000). The first prize was awarded in 2003.

Uhlenbeck, 76, is known for her work with partial differential equations. However, her decades-long career spans multiple disciplines, including physics, geometry and quantum theory.