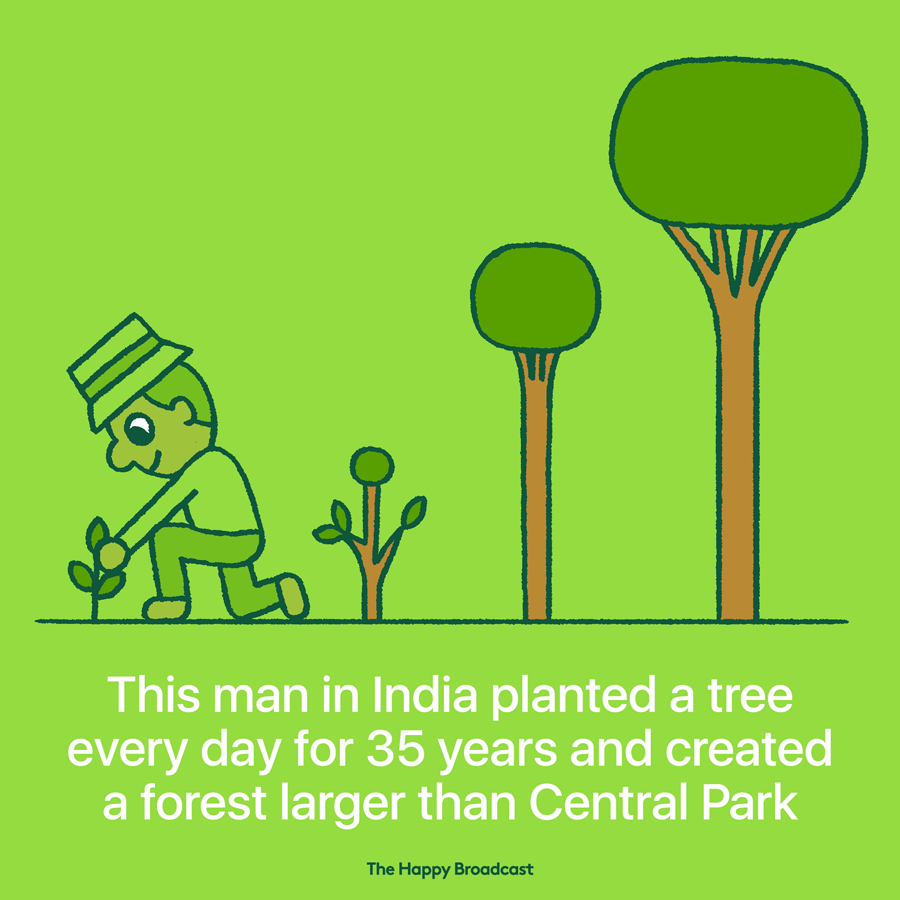 In 1979, 16-year-old Padma Shri Jadav “Molai” Payeng was devastated when he stumbled upon a pile of dead snakes, scorched to death by extreme heat on the banks of Majuli Island in Assam, India.

The snakes, which came to the island by way of flooding from the Brahmaputra river, could find no shade to escape the heat.

When he saw the snakes, Payeng told NPR he knew he had to do something about it or else even humans might “have to die this way in the heat.”

And so, with an unquestionable love for his homeland and the most admirable dedication, Payeng planted one sapling on the barren land every day for the next 35 years.

Payeng’s tremendous efforts have paid off 39 years later. Spreading over 1,360 acres, the woodland, named Molai Forest after Payeng, is about 1.6 times larger than Central Park.