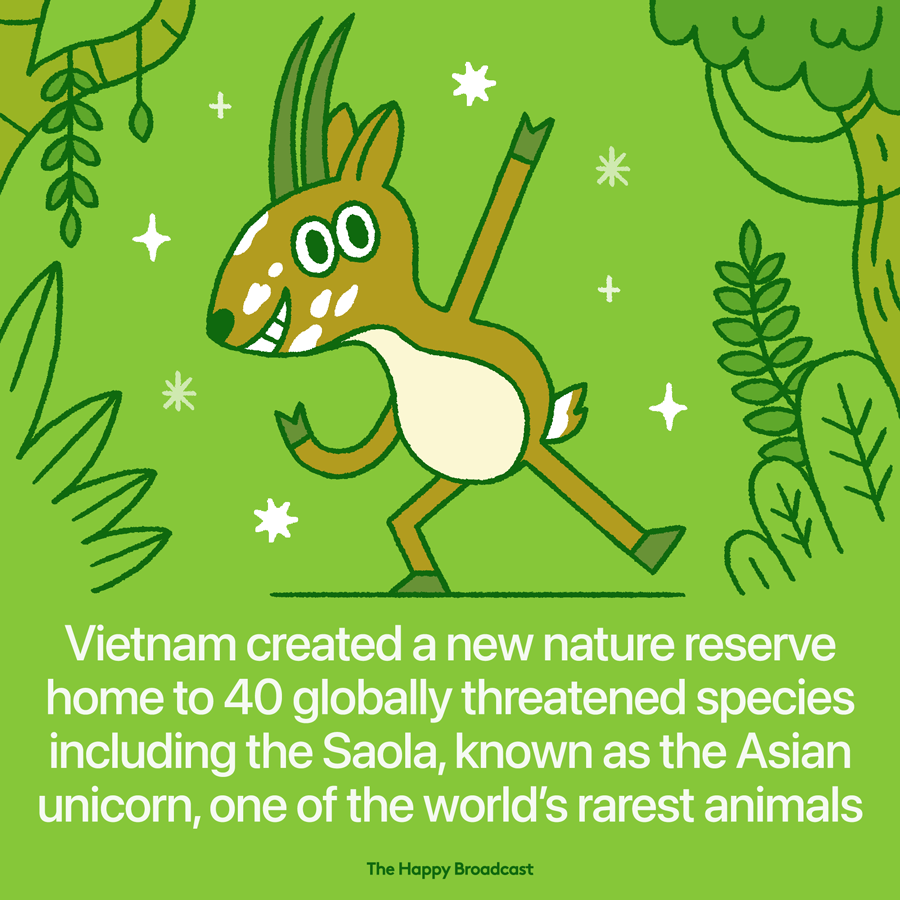 In a move wildlife conservationists are hailing as a victory, Vietnam has established a new nature reserve encompassing critical habitat for numerous species, several of them threatened globally with extinction.

The move delivers a safer home for 40 globally threatened species, brought to brink of extinction by loggers and poachers. This includes singing gibbons, the spectacular peacock-like crested argus birds and the critically endangered saola antelope.

The saola, a mysterious antelope-like bovine with a pair of long, straight horns, is of particular interest. The species was scientifically described based on remains found in 1992, and is so rare it has been called the “Asian unicorn.”Also, research has shown that protecting and restoring these forests will remove 50,000 tons of carbon dioxide each year, making a vital contribution to Vietnam’s efforts to reduce climate change.