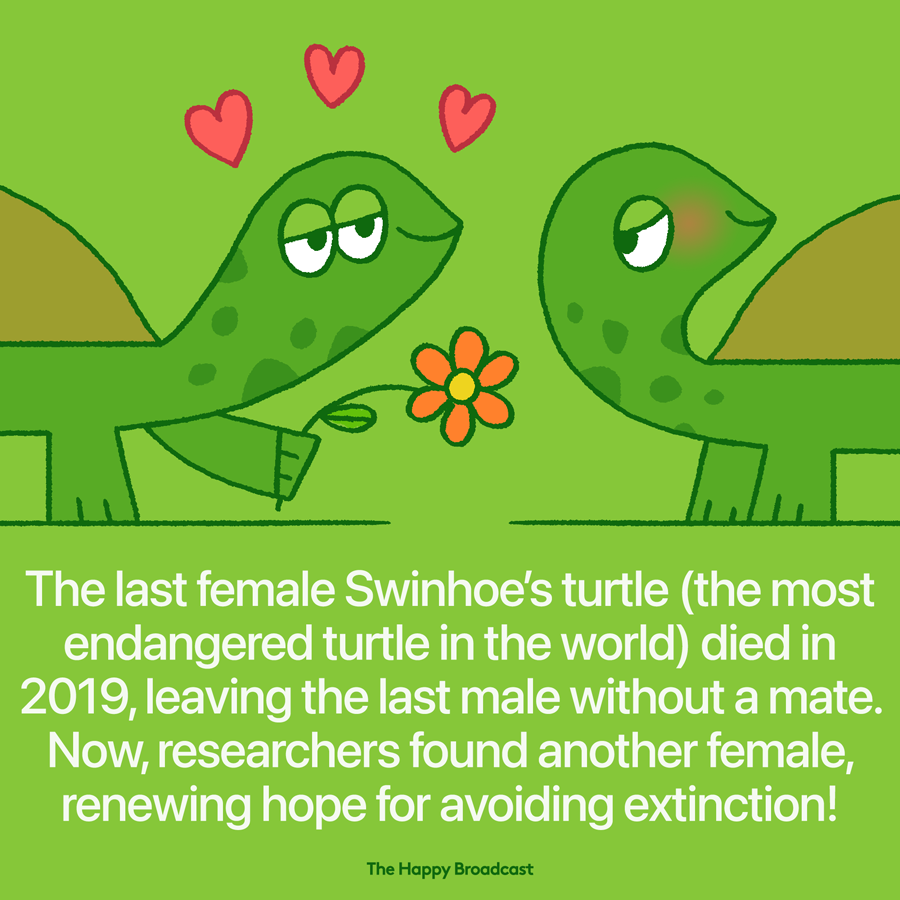 “In a year full of bad news and sadness across the globe, the discovery of this female can offer all some hope that this species will be given another chance to survive,” Hoang Bich Thuy, the country director for the Wildlife Conservation Society Vietnam, says in the press release.Researchers discovered a wild female in Dong Mo Lake in Vietnam last October, offering a glimmer of hope for saving the species.

Swinhoe’s softshell turtles, also known as the Hoan Kiem turtle or Yangtze giant softshell turtle, were pushed to the brink of extinction by habitat destruction and by hunters who sought the turtles’ meat and eggs.

“This is the best news of the year, and quite possibly the last decade, for global turtle conservation,” Andrew Walde, the chief operating officer of the Turtle Survival Alliance, says in the press release. “As the most endangered turtle on Earth, a tremendous amount of energy and resources have been dedicated to the preservation of Swinhoe’s softshell turtle. Following the loss of the only known female at the time in 2019, the confirmation of this wild specimen as female is a cause for celebration for all those who have worked tirelessly to see this turtle species survive.”