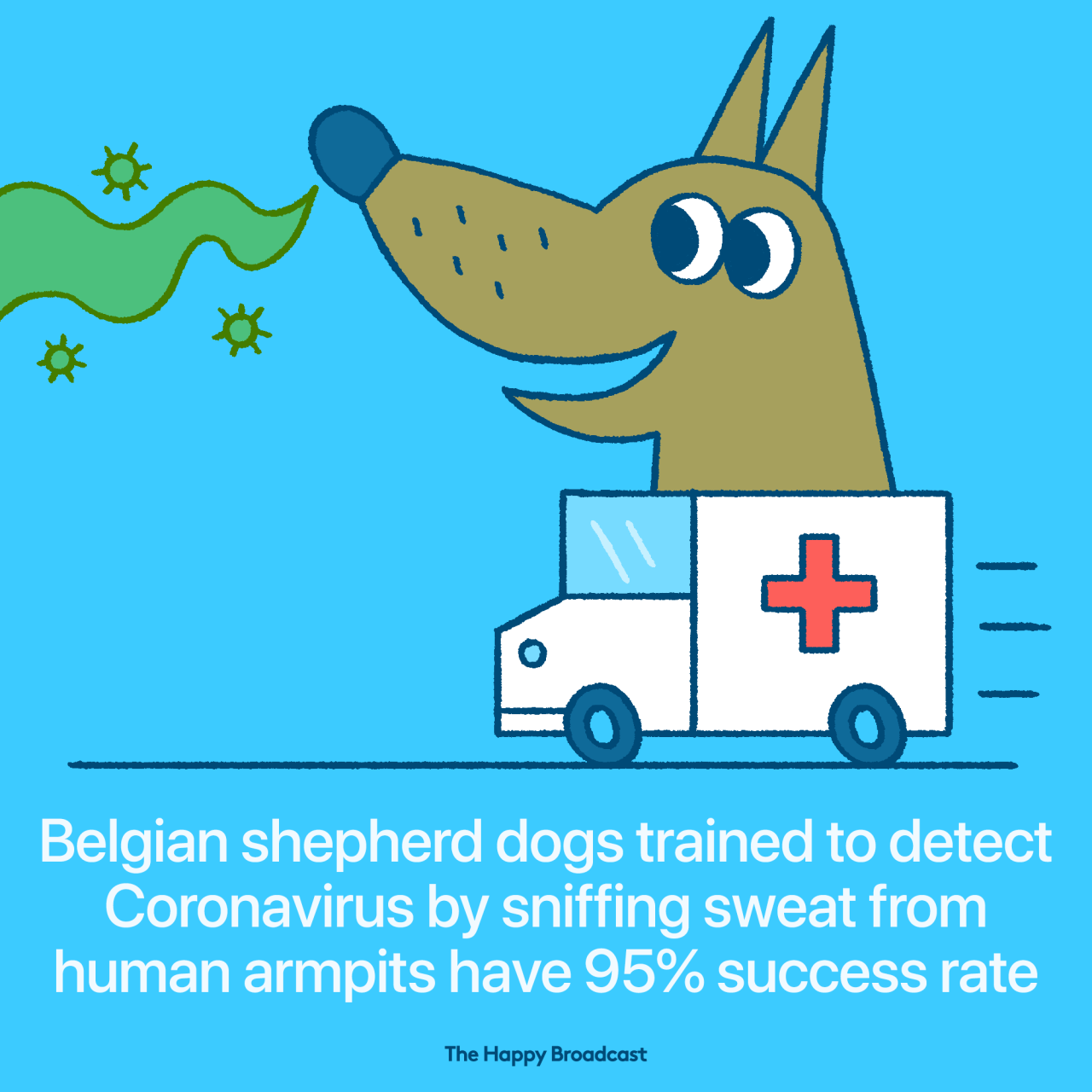 In an early test, French researchers present evidence for dogs being able to detect Covid-19 by sniffing sweat from humans’ armpits. After a training period, eight dogs — which had previously been trained to detect explosives and colon cancer — were able to detect the disease either most or all of the time, researchers report.

The researchers used armpit odour samples because they contained a strong chemical signal indicating a possible pathogen in the body, but not the virus itself, so as not to put the animals’ safety at risk.

According to Science magazine, a dog’s nose is about 100 million times more sensitive than a human’s and previous studies have shown their ability to sniff out a variety of diseases, including diabetes and some cancers.

On two occasions, two of the dogs indicated a positive result for samples that the scientists had been told had come from people not infected with the coronavirus. “The information was immediately sent to the relevant hospital, the tests were redone and the results came back positive,” the report said.