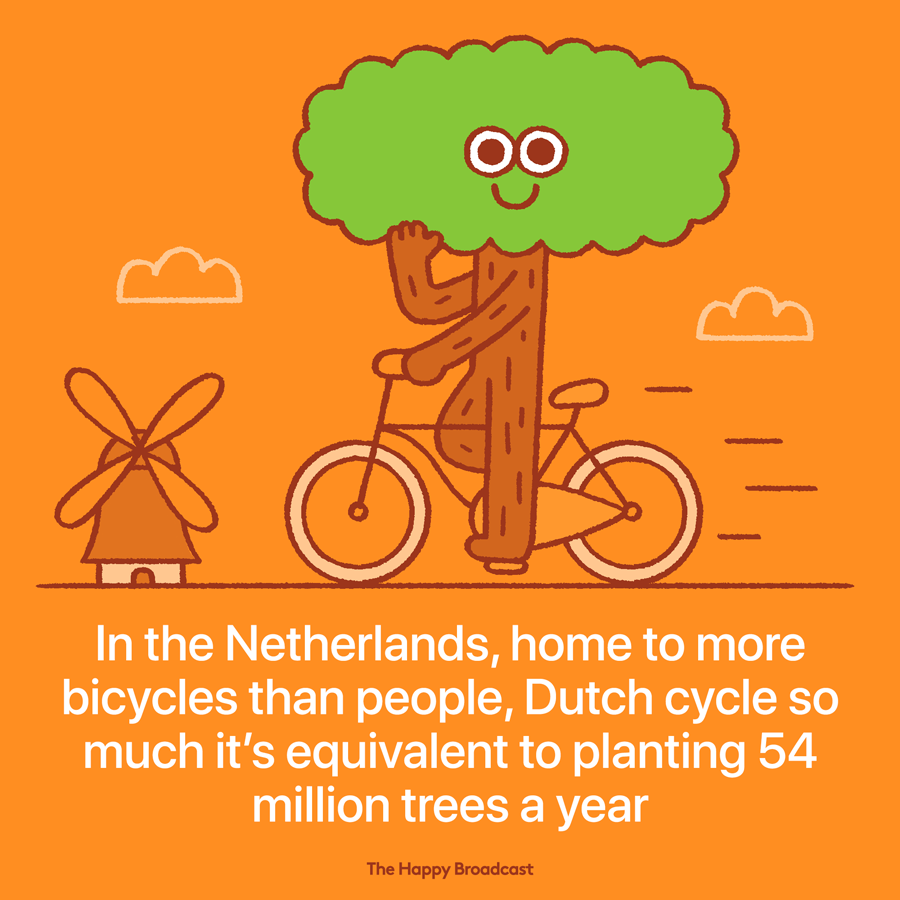 In Europe, outdoor air pollution – which is partly caused by traffic fumes - is responsible for hundreds of deaths each year. Yet Dutch people are estimated by one study to be extending their life expectancy by half a year due to their love for two wheels.

There are over 22 million bicycles in the Netherlands compared to 18 million residents – providing a boon not only for the environment, but also for people’s health and jobs.

Dutch cycle so much it’s equivalent to planting 54 million trees a year considering that cycling 7km saves 1kg of CO2 compared to driving by car.

Love the cycling and non renewable energy conservation. Keep it up.