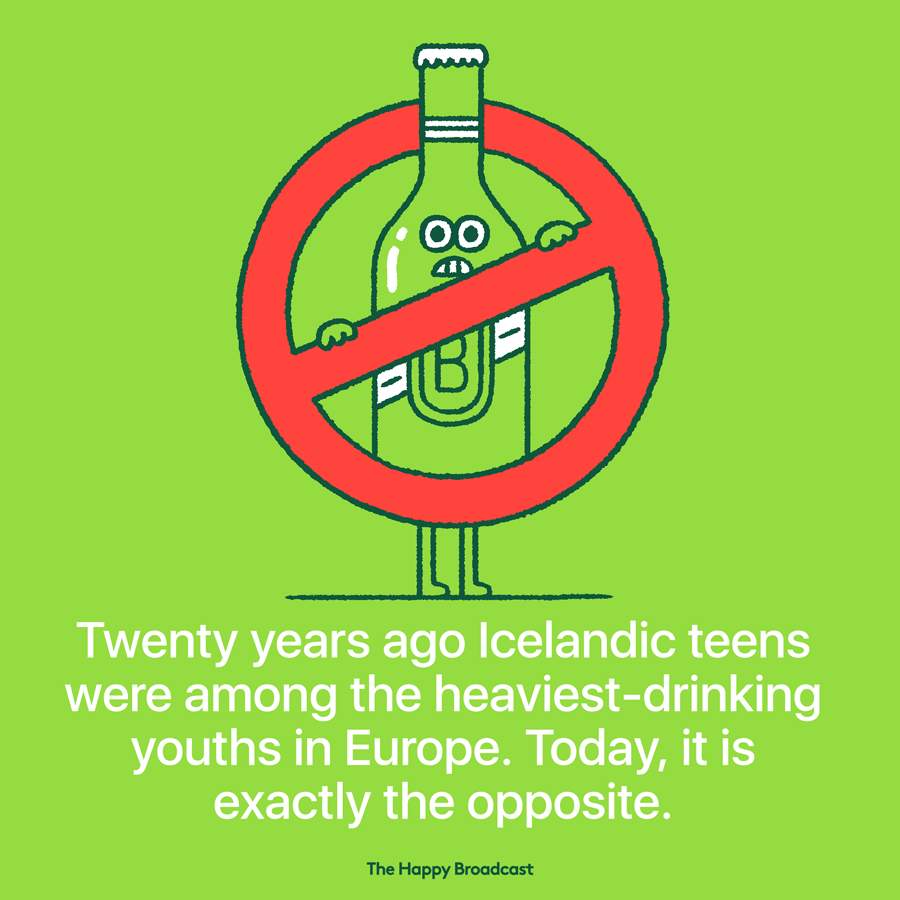 In Iceland, teenage smoking, drinking and drug use have been radically cut in the past 20 years. For instance, the percentage of 15- and 16-year-olds who had been drunk in the previous month plummeted from 42 per cent in 1998 to 5 per cent in 2016.⠀
⠀
How? State funding was increased for organised sport, music, art, dance and other clubs, to give kids alternative ways to feel part of a group, and to feel good, rather than through using alcohol and drugs, and kids from low-income families received help to take part.⠀
⠀
Parents were encouraged to attend talks on the importance of spending a quantity of time with their children rather than occasional “quality time”, on talking to their kids about their lives, on knowing who their kids were friends with, and on keeping their children home in the evenings.⠀
⠀
A law was also passed prohibiting children aged between 13 and 16 from being outside after 10pm in winter and midnight in summer. It’s still in effect today.⠀
⠀
How replicable Iceland’s model really is remains an unanswered question but it’s amazing to think how much sport, responsible parenting and the support from the government can do to shape up a more responsible generation.