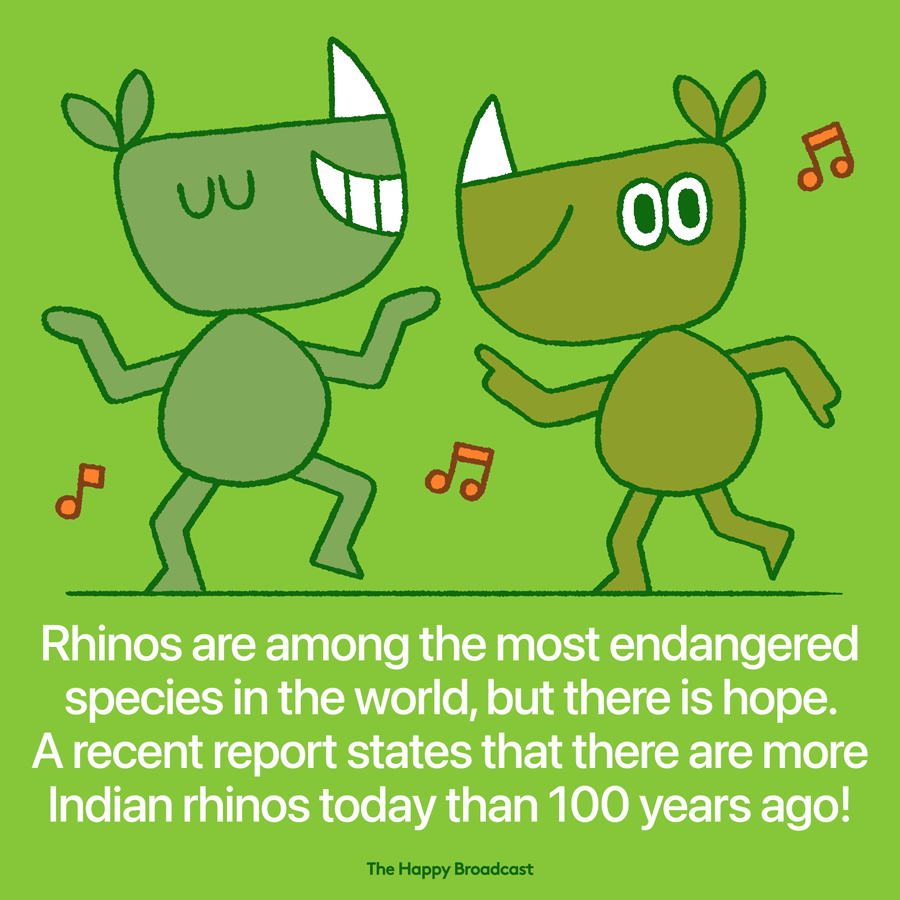 World Life Foundation monitors the situation closely and points to the positive effects of nature conservation.

"Thanks to nature conservation efforts, stricter legal compliance and increased protection, among other things, the tip rhinos have increased to more than 5,300 individuals throughout Africa, says Åsa Fahlman, global species expert at WWF, in a press release.

In India and Nepal, the greater one-horned rhino population, which once numbered as low as 100 individuals in the early 1900s, has increased to more than 3,700. Strict protection by government authorities and forestry officials in India and Nepal has resulted in several years of poaching declines. In 2020, there were only two recorded losses in the state of Assam in India, the region with the largest greater one-horned rhino population, continuing the successful downward trend in poaching losses.

In total, there are around 27,000 rhinos in the world. Poaching is still a major threat, but there is still hope for the rhino's future.