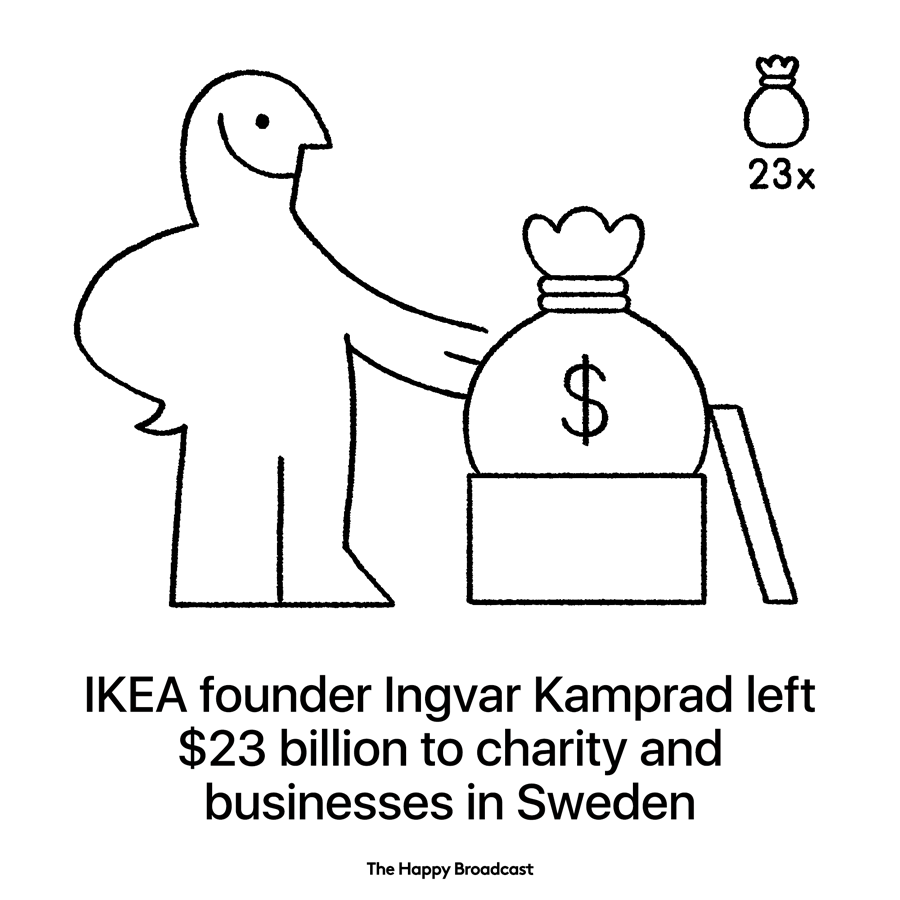 Ingvar Kamprad was one of the most successful entrepreneurs of the 20th century. From the time of its establishment in 1943, IKEA has become a worldwide phenomenon, revolutionising the way in which home furnishings are both bought and sold.

Kamprad’s personal fortune had reached a staggering $46 billion by the time he passed away at the age of 91.

It has since been announced that, while half of his fortune will be passed on to his children (Peter, Jonas, Mathias and Annika), the rest will be used for charitable means.