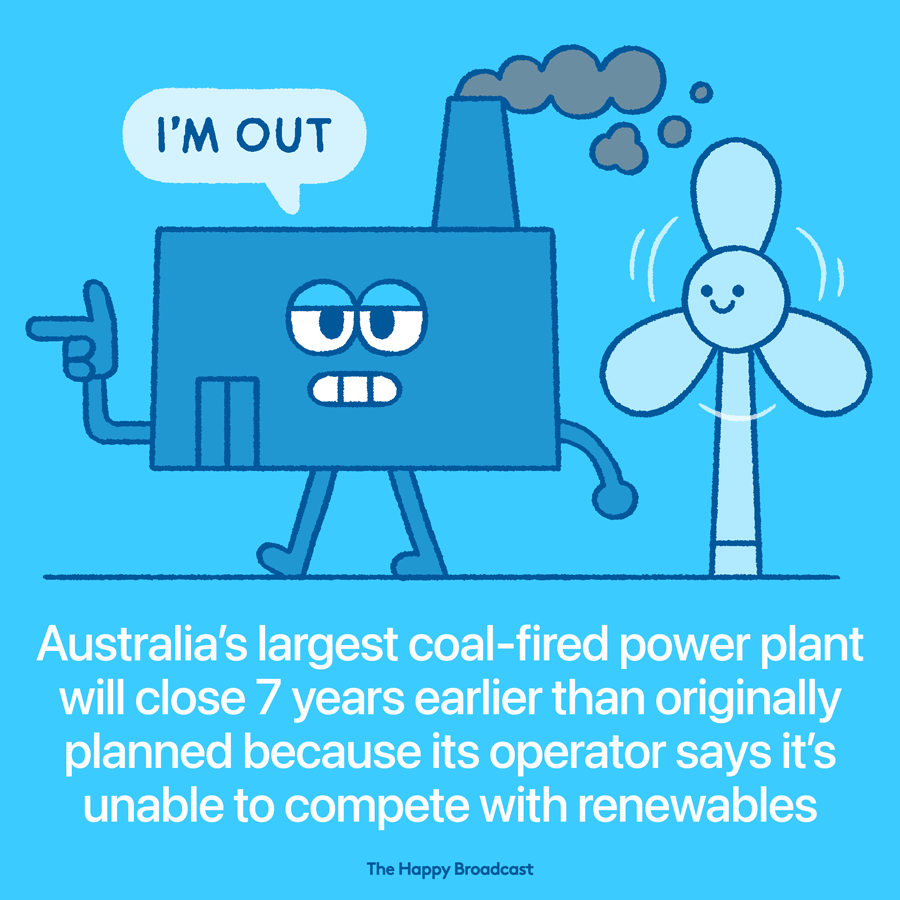 In a major step forward for Australia’s clean energy transition, the country’s biggest coal-fired power station Eraring is set to close seven years early. Last year, it alone was responsible for around 2% of Australia’s greenhouse gas emissions, based on calculations from electricity market and emissions data.

The fundamental reason for its early closure is the brutal impact the growth of renewable energy is having on the profitability of coal plants. Origin has announced it will be building a large, 700 megawatt battery on-site in its place to store renewable energy.

This is a very big deal, as coal still supplies 60% of Australia’s electricity, making it one of the highest carbon-emitting countries per capita.

But Australia’s market share of clean energy has increased to over 30%, and despite the country not actually having a coal exit plan, clean energy adoption won’t stop increasing. In 2021, Australia saw over three gigawatts of rooftop solar installed.