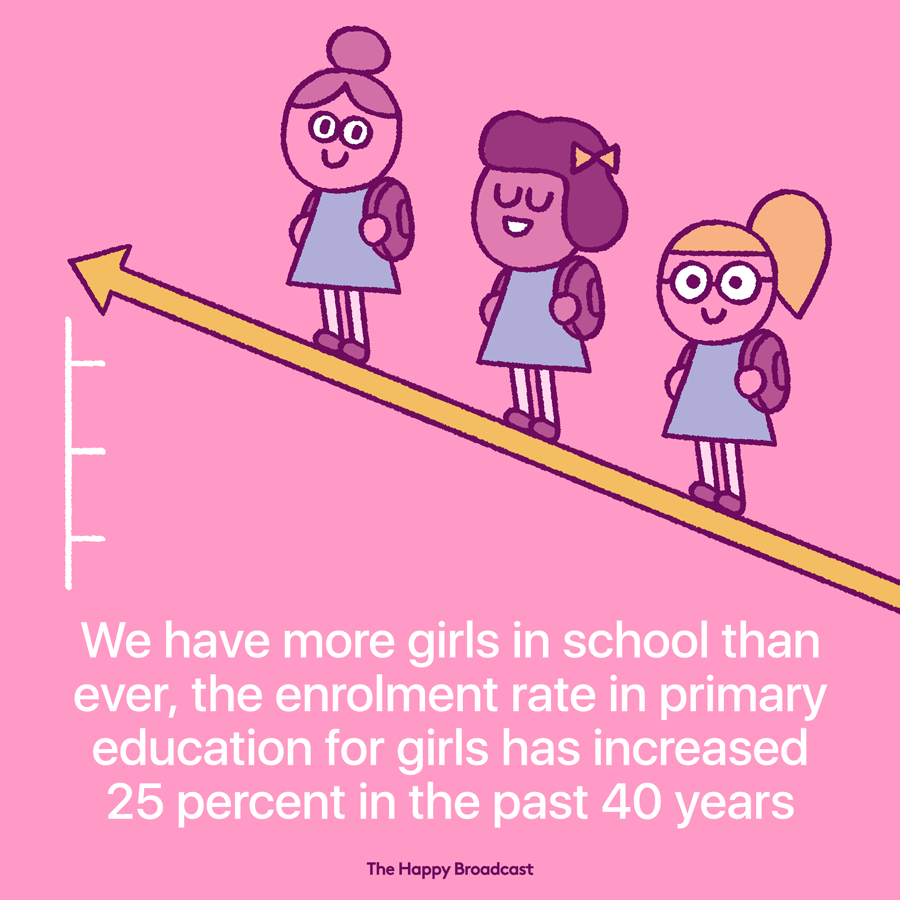 Like many other things in life, girls need to overcome more hurdles compared to boys when it comes to access to education.

Conflicts, wars, embargos and regionalized conflicts have maintained its grip in limiting the opportunity for every child to receive a high quality education. The United Nations Children’s Fund, Girls Education Campaign, reported in 2000, that over 70% of females were not enrolled in school in some countries, which include, India and Nigeria.

According to the UN, there are still 131 million girls out of school worldwide. As unimaginably large as this number sounds, the number of girls who are currently in school is much larger compared to what it used to be.

According to data gathered by UNESCO, the net enrolment rate in primary education for girls has increased 25 percent in the past 40 years and is now almost at 90 percent, with more girls in school than ever before.