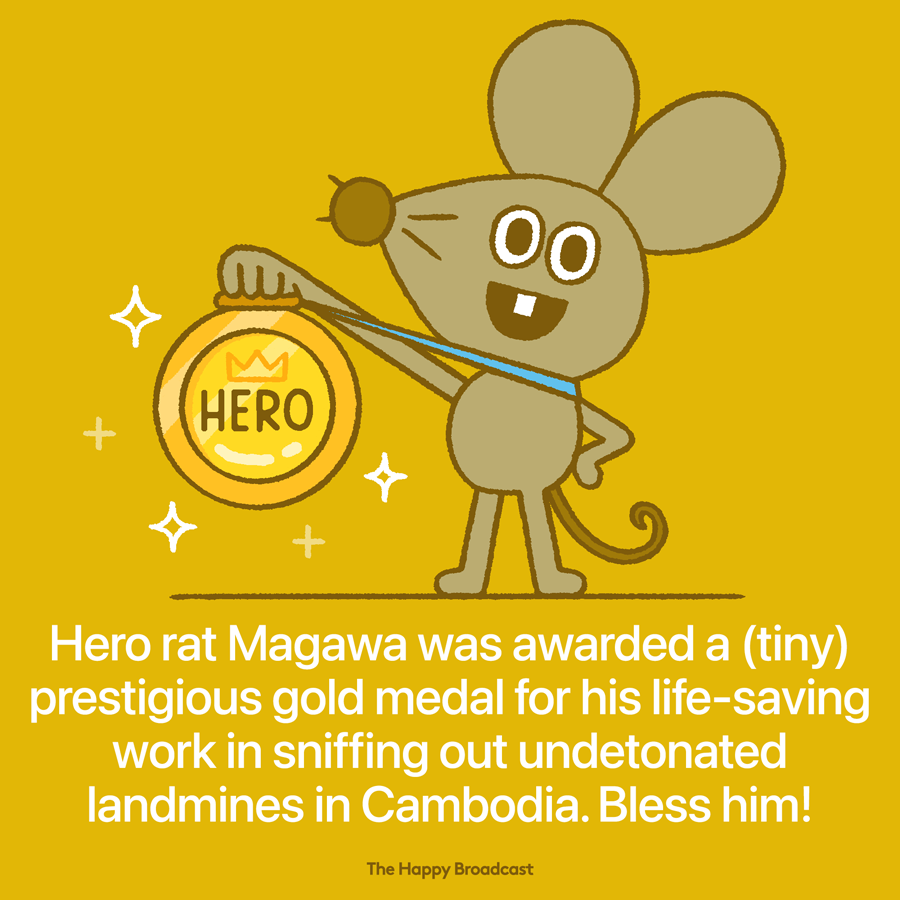 Magawa is a true hero rat. Let’s drop a 🐀 in the comment box below!

Magawa has being honored with one of the highest awards in the animal world after he has potentially saved numerous lives for clearing landmines from fields in Cambodia.

Magawa, an African Giant Pouched Rat, was awarded a gold medal from the PDSA, a British veterinary charity, for his work over the past seven years leading to the detection of 39 landmines and 28 unexploded items and clearing more than 20 soccer fields in the process.

The rat is the most successful in the history of APOPO, a charity organization that has trained him and other rodents since the 1990s to detect landmines.

The PDSA has awarded its gold medal to 29 other animals, all dogs, for “animal bravery and exceptional devotion to duty.” The medal for Magawa was specially designed to fit onto his work harness, said Jan McLoughlin, PDSA’s director general.