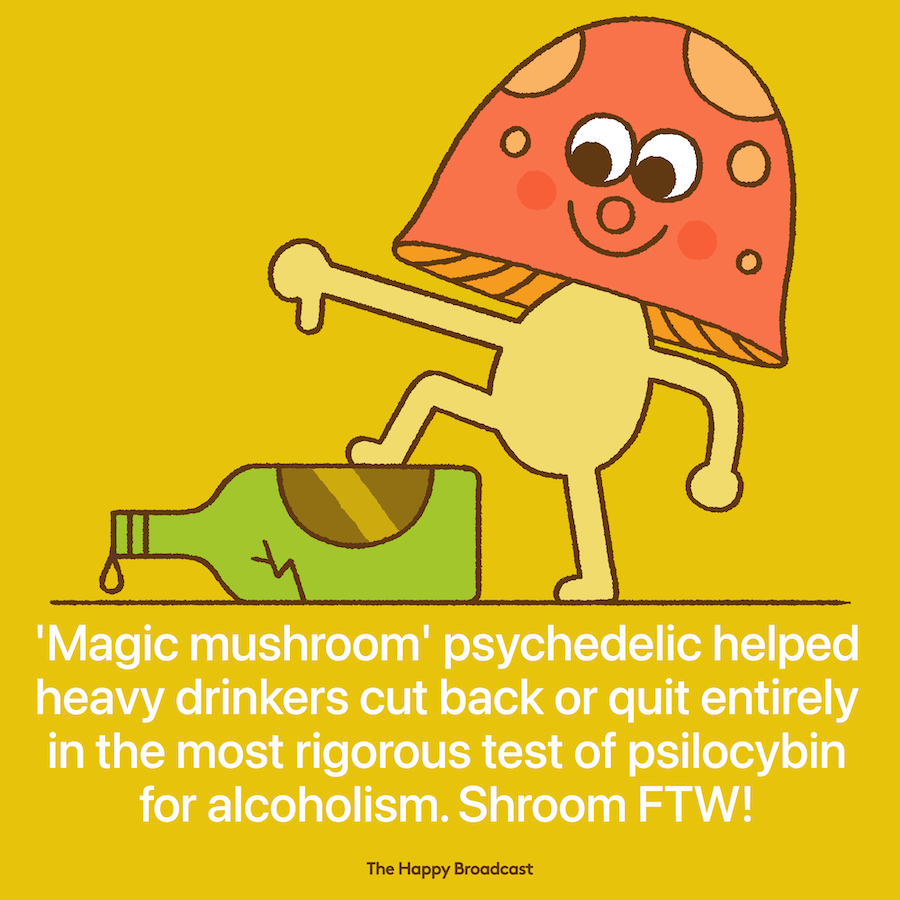 Alcohol use disorder is a serious public health problem, and the effects of currently available treatments and medications tend to be small.

New research reveals that the psychedelic compound in magic mushrooms, in combination with talk therapy, could be a promising treatment for people with alcohol addiction.

In a study published Wednesday in JAMA Psychiatry, scientists found that patients taking this drug, called psilocybin, had an 83 percent decline in heavy drinking, while those who took a placebo experienced a 51 percent decline.

About half of those who received psilocybin stopped drinking altogether eight months after their first dose, while about 24 percent of the placebo group quit drinking.