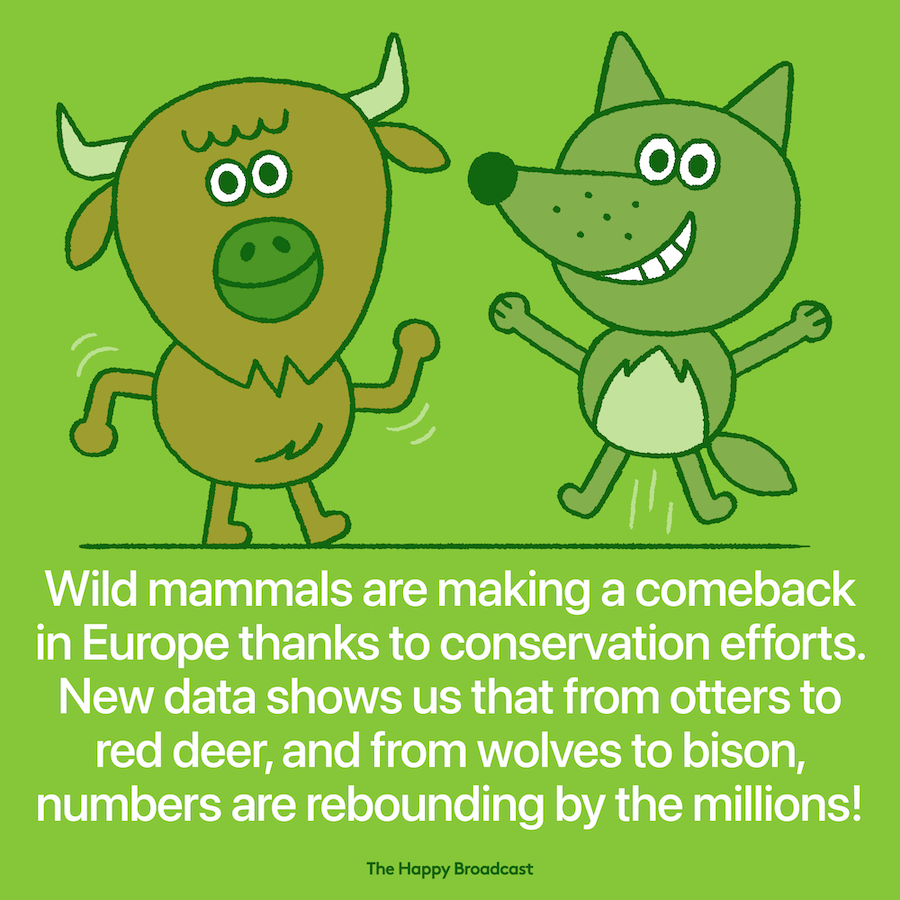 Hunting and habitat loss drove many large mammals in Europe close to extinction. New data shows us that many of the continent’s mammal populations are flourishing again.

By the first half of the 20th century, many of Europe’s mammals had been reduced to just a fraction of their historical levels. Millennia of hunting, exploitation, and habitat loss had forced them into decline. Many had been wiped out completely.

But many mammal populations have seen a dramatic increase over the last 50 years.

Eurasian badger populations achieved an average increase of 100% – a doubling. Eurasian otters tripled, on average. For red deer this was an increase of 331%.

The Eurasian beaver has made the most remarkable recovery. It’s estimated to have increased 167-fold, on average. There were likely only a few thousand beavers left in Europe in first half of the 20th century. Today there are more than 1.2 million.

The European bison has achieved a similar level of comeback.

One thing that has been essential has been the vital work of conservationists. From fighting for wildlife protection policies and hunting quotas, to reintroduction programmes, the dedication of determined individuals lies at the heart of this wild mammal comeback.