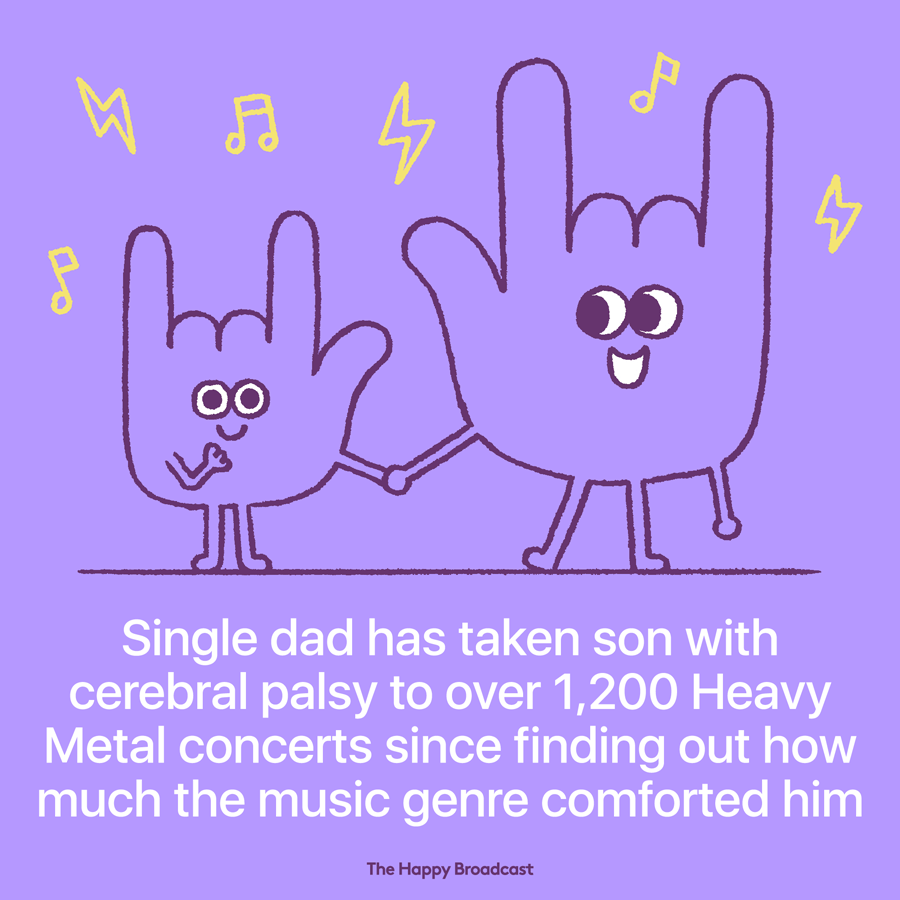 Mason has cerebral palsy, a neurological disorder. As a baby up until he was a toddler, Mason was crying all the time due to his constant discomfort. One day, during a particularly bad crying spell, his dad Richard discovered something amazing.

“I arrived in from work and his mom took some time out. He would simply not stop, so I put him in his chair and turned on the Metallica ‘Binge and Purge‘ VHS tape. A few minutes later I was washing the dishes and noticed he’d stopped crying. I checked on him and he’d fallen asleep.”

Ever since Mason’s first show in 2008 (Rage Against the Machine), he has been hooked and they’ve attended over 1,200 musical performances (they have now seen Metallica eight times).

Now, Richard is planning on making “Mason Metalfest” an annual benefit concert, with the second festival scheduled for March 23, 2019, in Minneapolis.