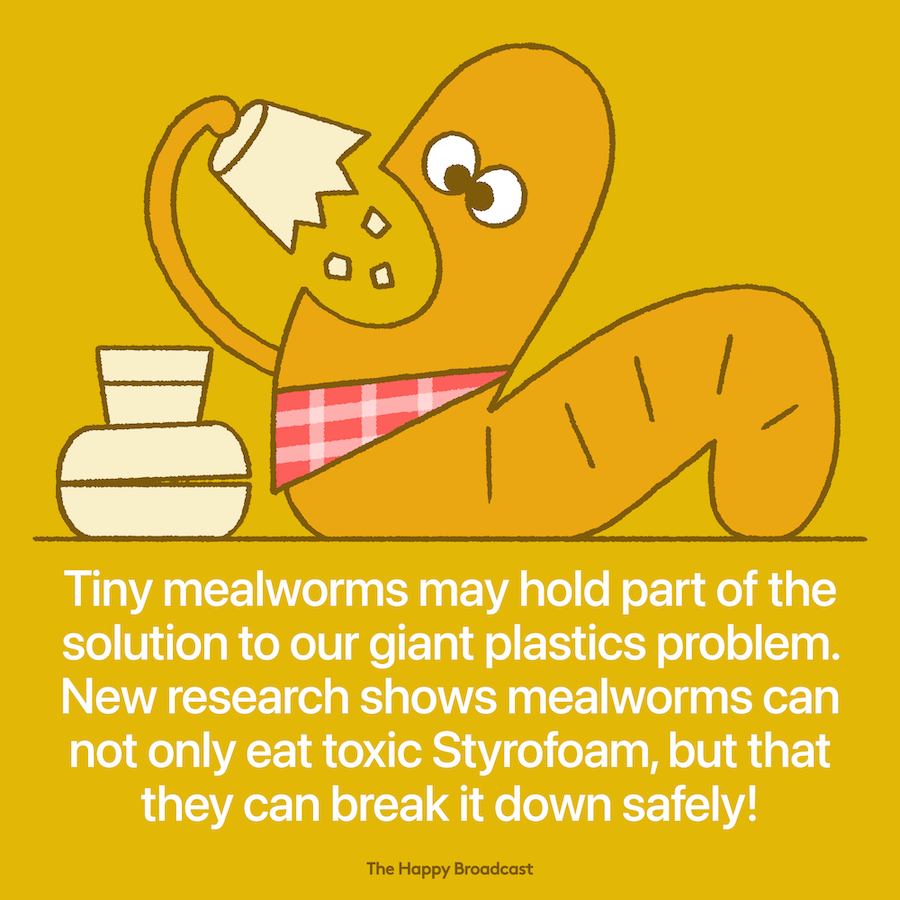 Tiny mealworms may hold part of the solution to our giant plastics problem. Not only are they able to consume various forms of plastic, as previous Stanford research has shown, they can eat Styrofoam containing a common toxic chemical additive and still be safely used as protein-rich feedstock for other animals, according to a new Stanford study published in Environmental Science & Technology.

Polystyrene foam, a plastic often referred to as Styrofoam, is cheap to make packing material, but recycling it is difficult and expensive. It also breaks down into smaller parts without actually decomposing. While disposable take-out food has largely phased out polystyrene foam in favor of cardboard and other recyclable materials, the material is still very common in insulation and packaging.

Mealworms have a reputation as an agricultural pest, because they’ll eat just about anything. That seems to be true, in that they’ll also consume plastics and other materials not normally considered, well, food.

In a new study, those Stanford researchers discovered that mealworms can consume polystyrene foam, even chemical-laced polystyrene foam. This could provide a cheap, effective way to deal with plastic packing and insulation materials, while still keeping mealworms as a viable food option for livestock.