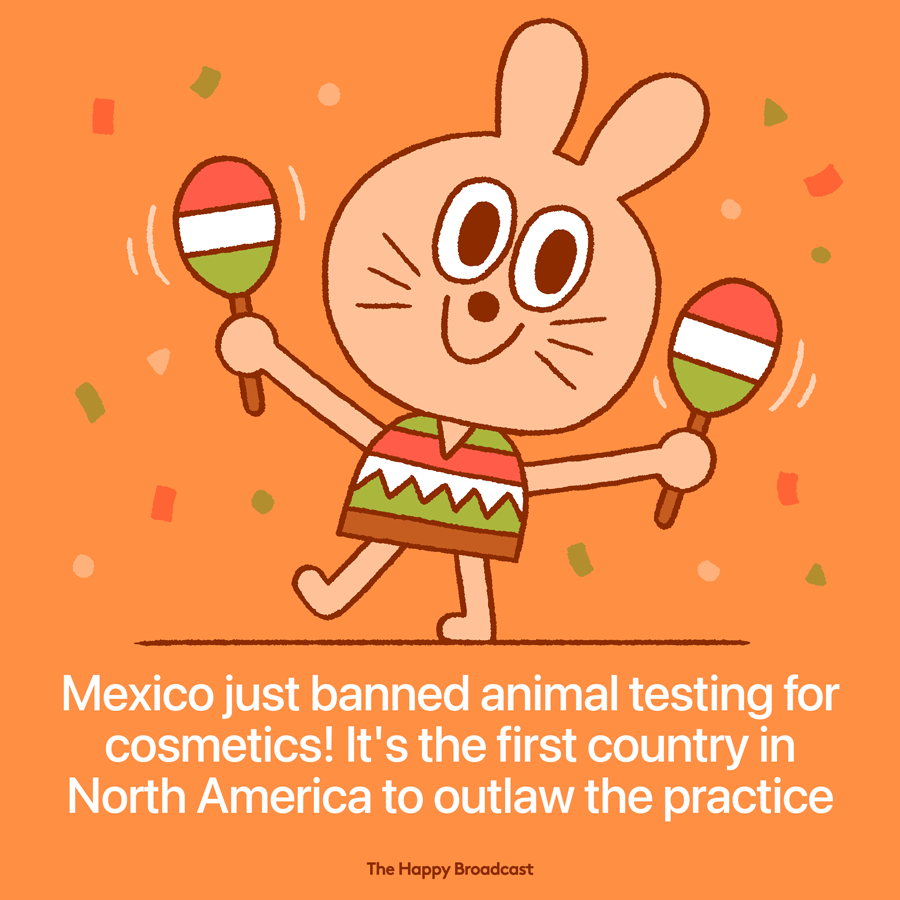 Mexico became the first country in North America to pass a ban on testing cosmetics on animals with unanimous support from the country’s Senate.

The federal bill also bans the manufacture, import, and marketing of cosmetics tested on animals elsewhere in the world. The move comes after multi-year campaigns led by Humane Society International (HSI) and ONG Te Protejo (which was behind the CrueltyFreeMexico campaign).

“We thank the Mexican government for showing leadership on this important issue, and we will continue to work with them to implement the commitments and enforce a robust ban,” Antón Aguilar, executive director of Humane Society International (HSI) in Mexico, said. “This is a monumental step forward for animals, consumers and science in Mexico, and this ground-breaking legislation leads the way for the Americas to become the next cruelty-free beauty market, and brings us one bunny-leap closer to a global ban.”

Mexico joins 40 other countries and 10 states in Brazil in passing a ban on cosmetic animal testing and its move puts pressure on the rest of North America to take action in eliminating the archaic and ineffective practice.