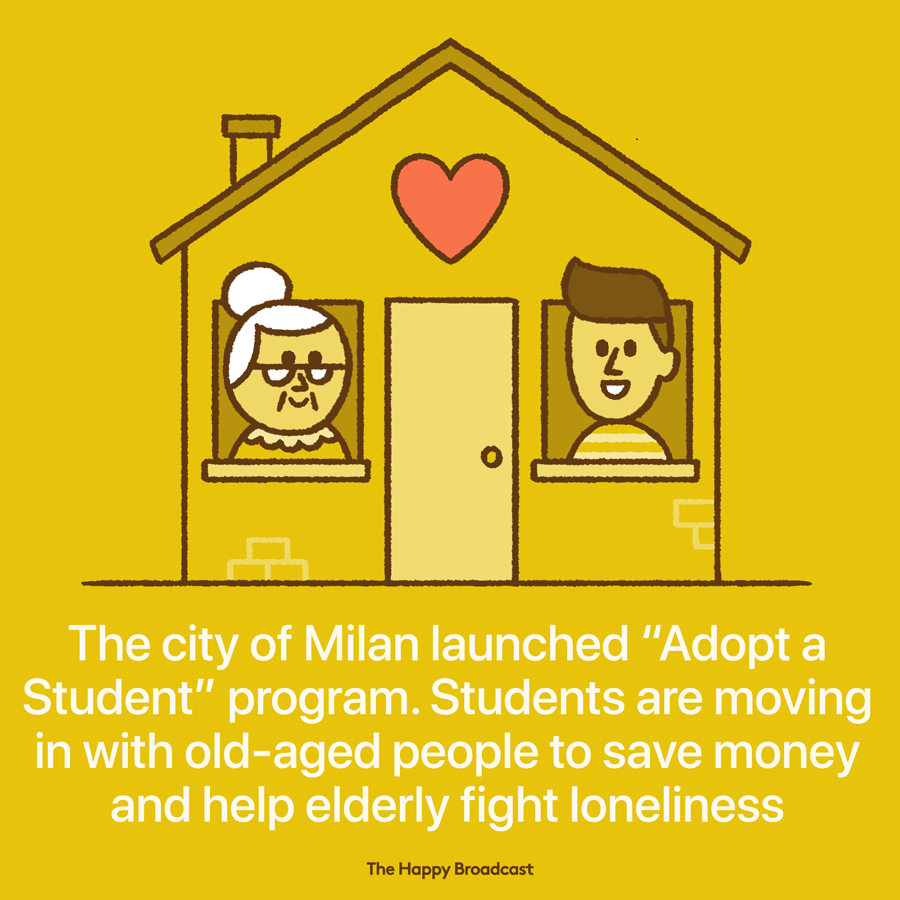 Milan is the most expensive city in Italy, and one of the most expensive in Europe. With its seven universities, it has a student population of 180,000, of whom 65,000 come from out of town. In Milan there are 314,000 senior citizens, mostly women, living in homes that have become big for them and also quite expensive to manage while living on a pension.

In 15 years of offering Adopt a Student, the MeglioMilano association has arranged around 600 cohabitations. The average age of the host is 79; in 76% of cases, the host is a woman living in an apartment she owns.

Project manager Monica Bergamasco says it was born in response to two problems: an ageing population with a growing number of seniors living alone, and rents increasing beyond the reach of students.