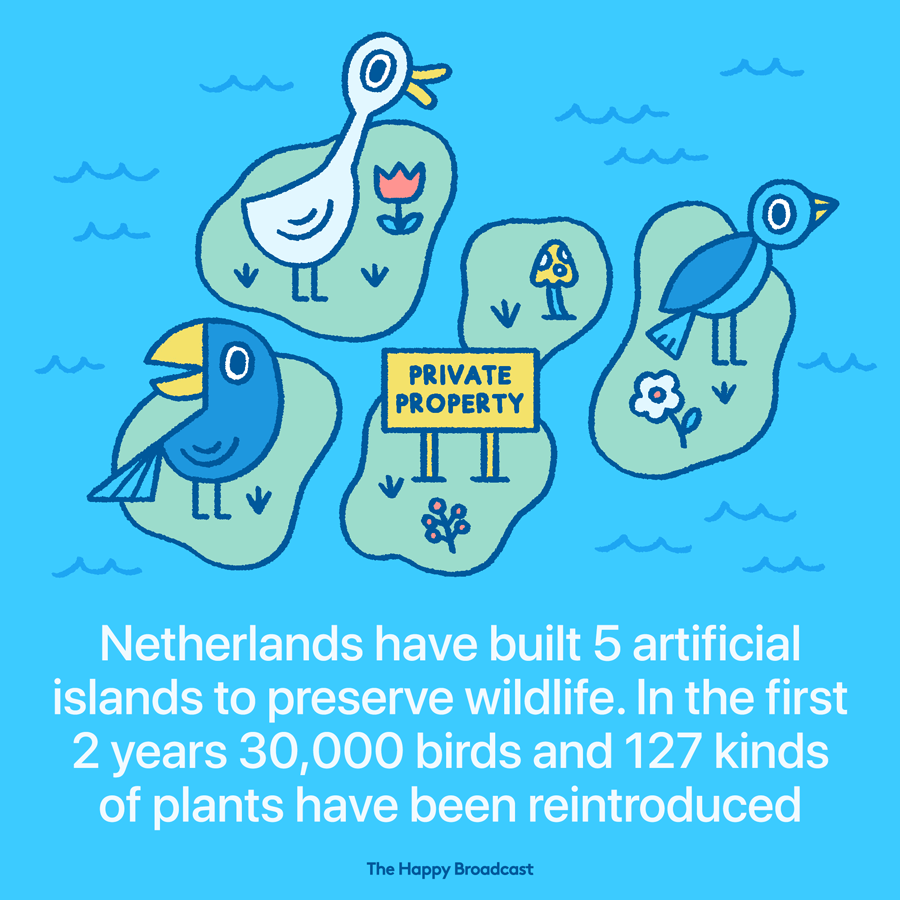 More than 40 years after the authorities in the Netherlands, a country that takes pride in its innovative methods of water management, caused an environmental calamity on what is now a lake known as the Markermeer, an ambitious solution is bringing it back to life.

Nine kilometres into the vast expanse of the Markermeer, the 700 sq km lake on Amsterdam’s easterly flank, lies a new Dutch archipelago. Five sprawling artificial islands, constructed from sucked-up and refashioned fine silt, clay and shells, offer a haven for plants, birds and other wildlife.

“We have already seen dramatic, spectacular changes: thousands of new birds, clearer water, massive amounts of insects,” said Roel Posthoorn, an initiator of the project for the Dutch Society for Nature Conservation, during a recent tour of the archipelago.