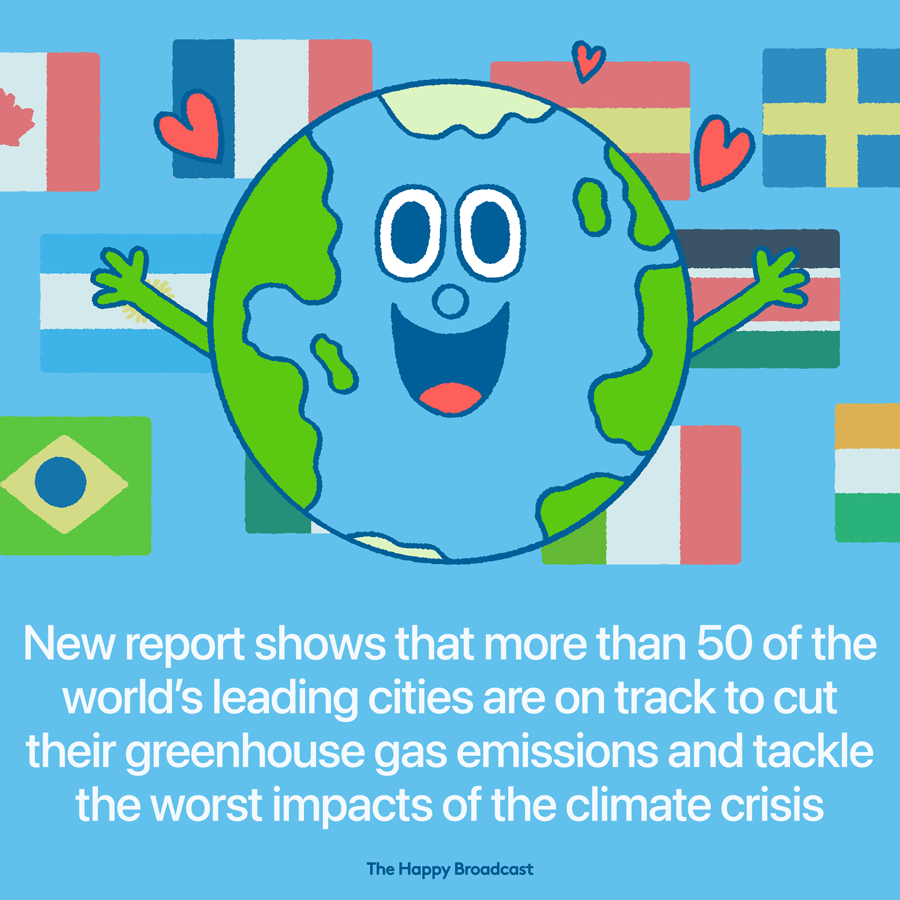 More than 50 of the world’s leading cities – among which Buenos Aires, Mexico City, Milan, Paris, and Rio de Janeiro – are on track to help keep global temperature rises below 1.5°, according to a new study by the C40 cities network.

From mass tree-planting in Buenos Aires to new public transport networks in Mexico City, 54 of the world’s leading cities are now rolling out plans that will cut their greenhouse gas emissions in line with the Paris agreement.

The C40 report calculates that taken together the cities’ plans will prevent at least 1.9 gigatonnes of greenhouse gas emissions being released into the atmosphere between 2020 and 2030, equivalent to five times the UK’s annual emissions.

Worldwide, around 400 cities have committed to reaching net-zero emissions by 2050.