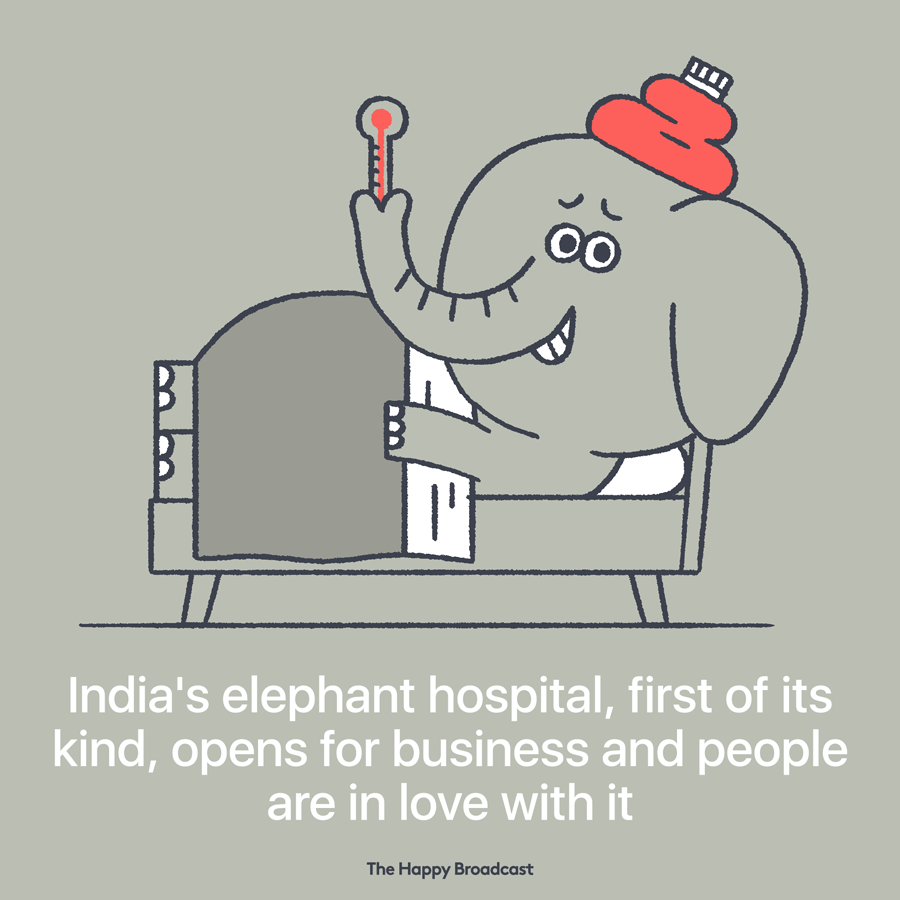 More than half of Asia’s elephants are found in India, but the country’s elephant population has dipped in the past few years - by nearly 10 percent across 23 states between 2012 and 2017.

Last month, the South Asian country opened a hospital dedicated to the conservation of elephants. The facility is jointly run by the conservation group Wildlife SOS and Uttar Pradesh’s forest department and is already treating nearly two dozen injured, sick and geriatric pachyderms, which were rescued and had been kept at a conservation and care center.

So far, the elephant hospital is attracting both local and foreign tourists, eager to see all of the elephants that have entered into the facility.