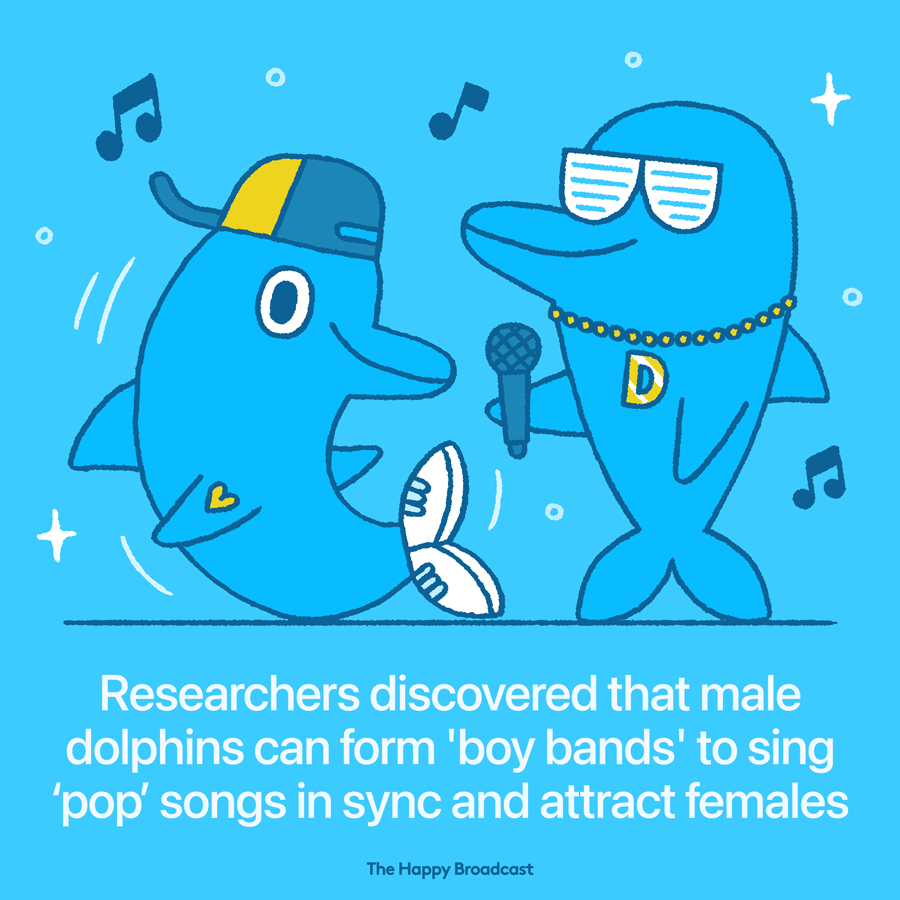 Most people assume boy bands like NSYNC, One Direction, The Backstreet Boys and BTS are only seen in human form. However, researchers have discovered that another species on this planet enjoys forming a group to bust out some dulcet tones.

During their observation of male dolphins off the coast of Western Australia, scientists have found the animals like to attract females by joining together to harmonise and sing.

In at least 172 instances, males were heard popping in harmony, generating clicks at the same time and the same rate. These alliances can last decades, boosting males’ ability to keep tabs on females and, by extension, increasing reproductive success.