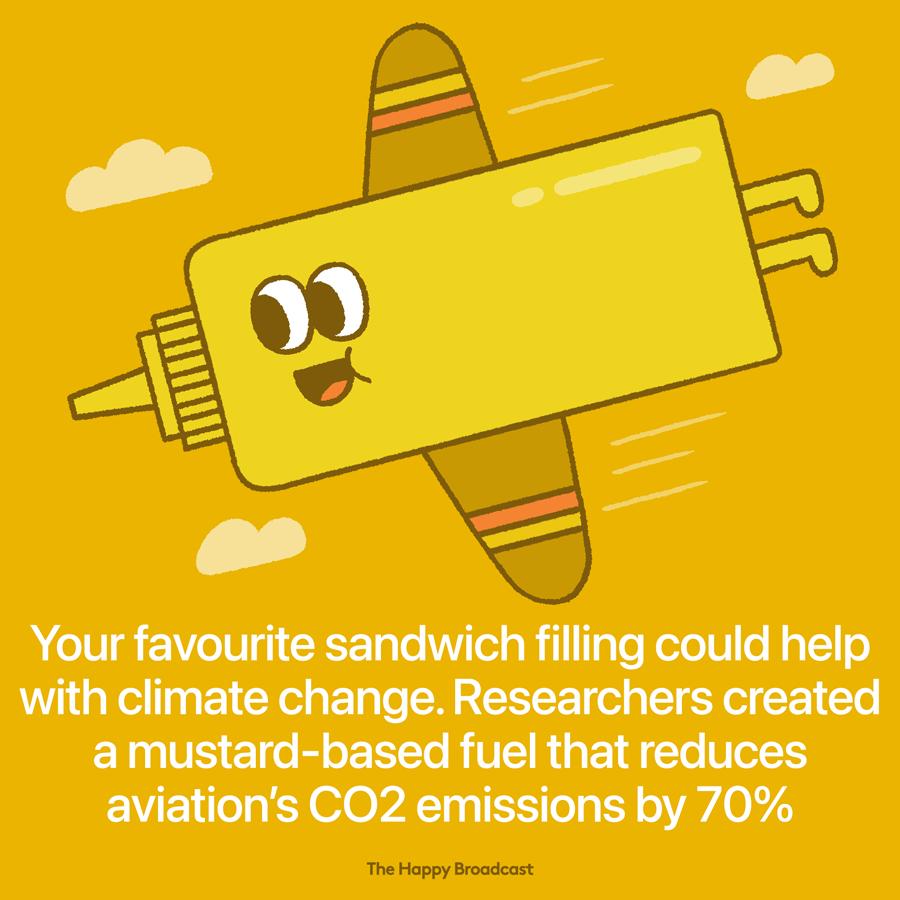 The aviation industry emits 2.5 per cent of all carbon dioxide emissions in the US alone and is responsible for 3.5 per cent of global warming. After four years of searching, scientists have found a new plant-based aviation fuel that could significantly reduce the environmental impact of flying.

Researchers from the University of Georgia say a sustainable aviation fuel (SAF) made from a type of mustard plant could reduce flying's carbon footprint by as much as 70 percent.

"Carinata-based SAF could help reduce the carbon footprint of the aviation sector while creating economic opportunities and improving the flow of ecosystem services across the southern region," study co-author Puneet Dwivedi of the University of Georgia said in a press release.

Using the mustard plant-derivative in the gas tank would lower the industry's carbon footprint 'while creating economic opportunities and improving the flow of ecosystem services across the southern region,' Dwivedi added. Since carinata is grown in the 'off' season it does not compete with other food crops, and it does not trigger food versus fuel issues

Currently, petroleum-based aviation fuel costs rightly 50 cents a liter, while producing SAF from carinata ranges from 12 cents to $1.28 per liter. With proper economic incentives, the mustard fuel would come away much cheaper in the end.