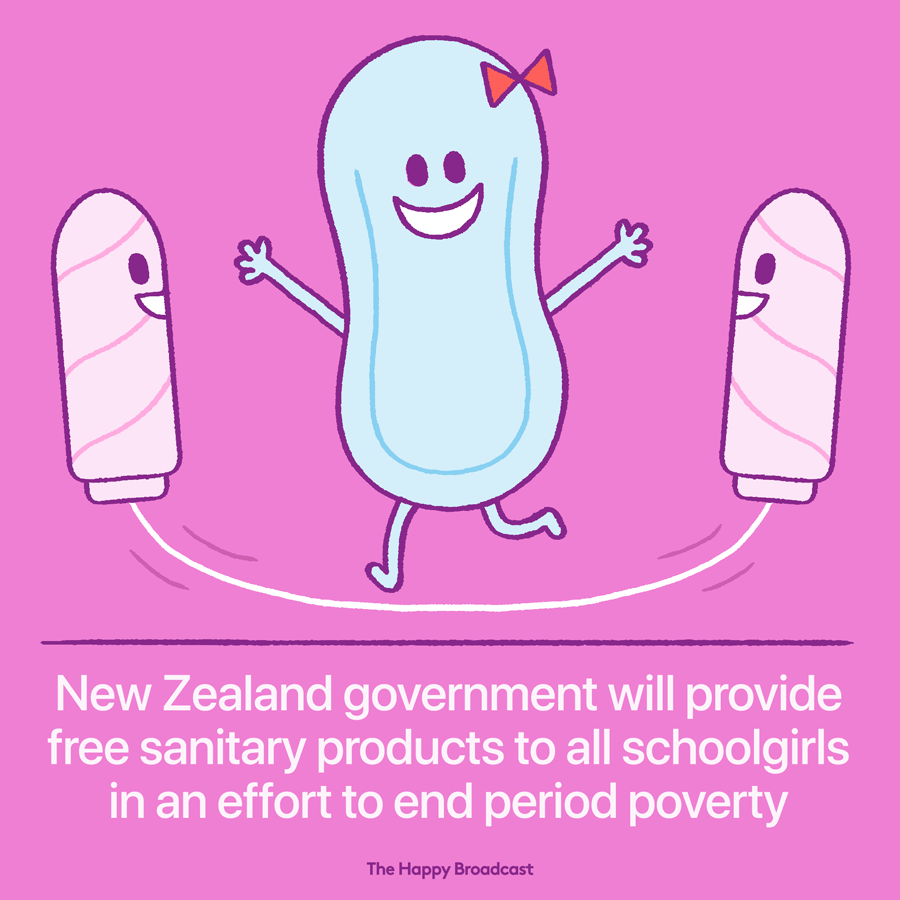 Nearly 95,000 girls in New Zealand aged nine to 18 are thought to stay home from school during their periods due to not being able to afford pads and tampons, Prime Minister Jacinda Ardern said in a statement.

“By making them freely available, we support these young people to continue learning at school,” Ardern said.

The New Zealand government is investing NZ$2.6 million ($1.7 million) in the initiative, which will be first rolled out at 15 schools in the Waikato region of the country’s North Island during term three of this year. The program will then expand nationwide to all state schools by 2021.

Period poverty is often seen as a problem confined to developing countries but several studies have exposed that period poverty impacts millions of people in the world’s richest nations. Want to know more about period poverty and take action?