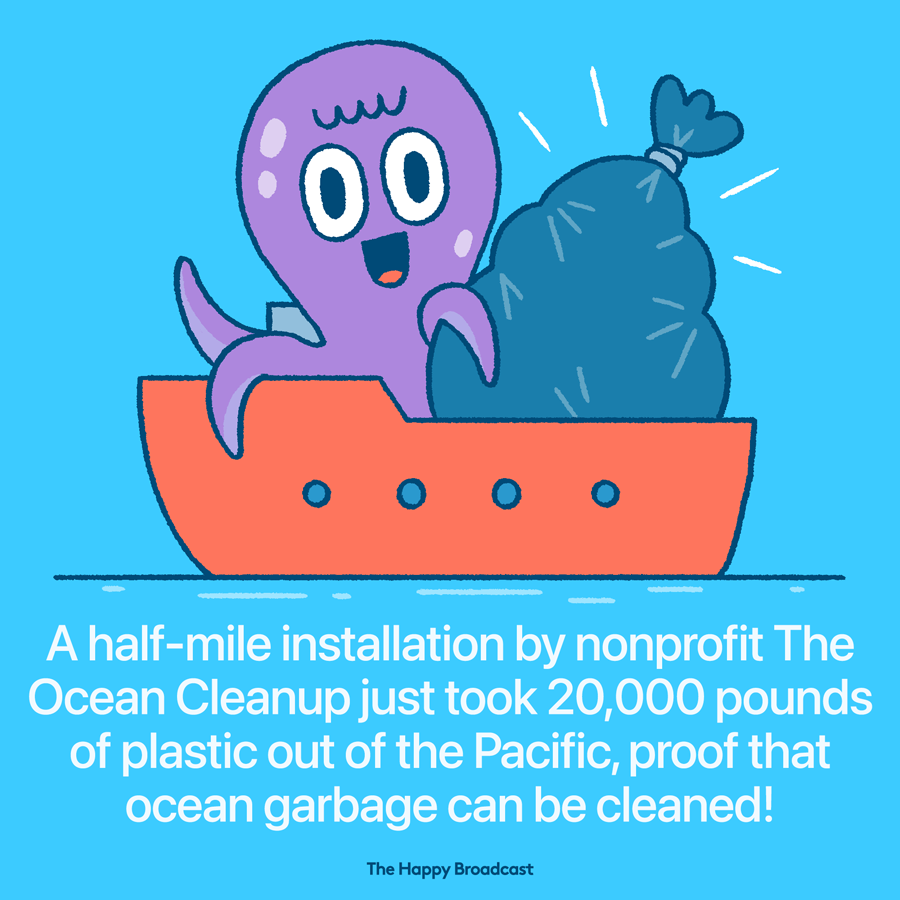 A nonprofit that has set out to clean up 90% of plastics floating in the ocean has announced their first major victory: the removal of nearly 20,000 pounds of floating ocean plastic pollution.

The Ocean Cleanup is developing cleanup systems that can clean up the floating plastics caught in the Great Pacific Garbage Patch -- a massive collection of trash in the Pacific Ocean between Hawaii and California.

The Ocean Cleanup launched its first attempt at a plastic-catching device in 2018, but the prototype broke in the water. A newer model, released in 2019, did a better job of collecting plastic, but the organization estimated that it would need hundreds of those devices to clean the world's oceans.

But over the summer, the organization pinned its hopes on a new device, which it nicknamed Jenny. The installation is essentially an artificial floating coastline that catches plastic in its fold like a giant arm.

Last week, Jenny faced its final test as the organization sought to determine whether it could bring large amounts of plastic to shore without breaking or malfunctioning. The Ocean Cleanup said the device hauled 9,000 kilograms, or nearly 20,000 pounds, of trash out of the Pacific Ocean — proof that the garbage patch could eventually be cleaned up.

The founder believes that about 10 upscaled systems could remove 50% of the trash in the Great Pacific Garbage Patch it in the first 5 years.