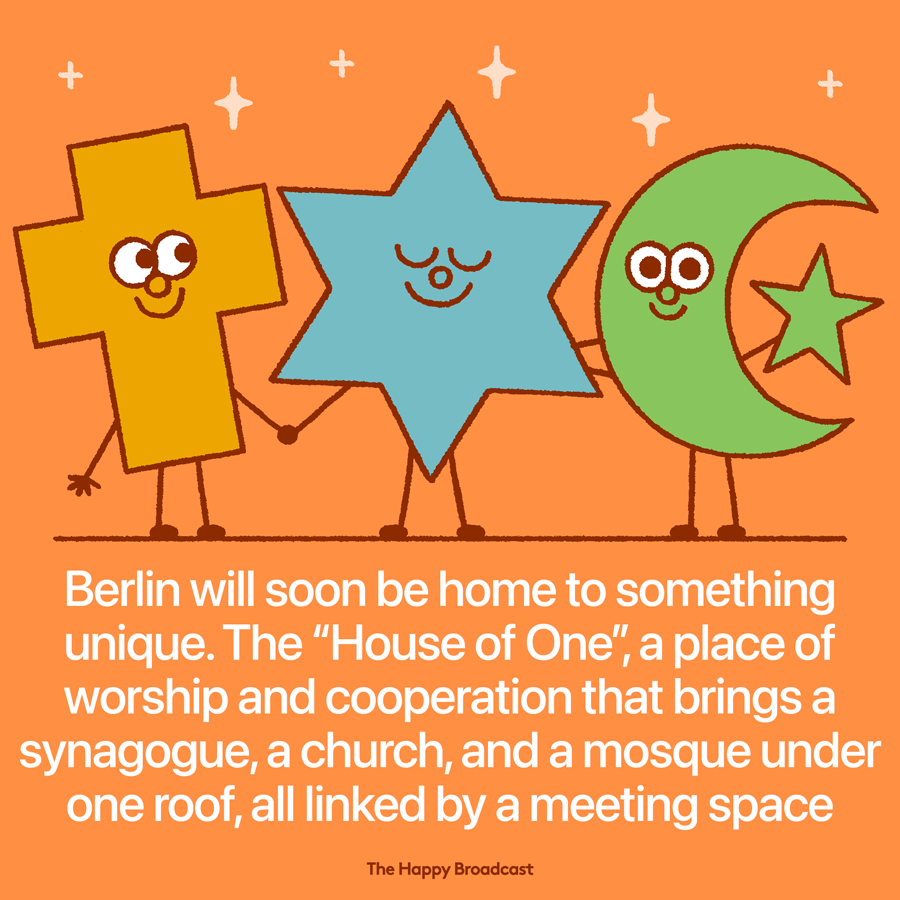 On the site of a church torn down by East Germany’s communist rulers, a new place of worship is set to rise that will bring Christians, Jews and Muslims under one roof – and it has already been dubbed a “churmosquagogue”.

Jews, Christians, and Muslims are planning to build a house of worship here – one that brings a synagogue, a church, and a mosque together under one roof. The three separate sections will be linked by a communal room in the center of the building. This will serve as a meeting place, where worshippers and members of the public can come together and learn more about the religions and each other.

The foundation stone of the House of One in Berlin will be laid at a ceremony on 27 May, marking the end of 10 years of planning and the beginning of an estimated four years of construction, and symbolising a new venture in interfaith cooperation and dialogue.

People of other faiths and denominations, and those of no faith, will be invited to events and discussions in the large central meeting space.