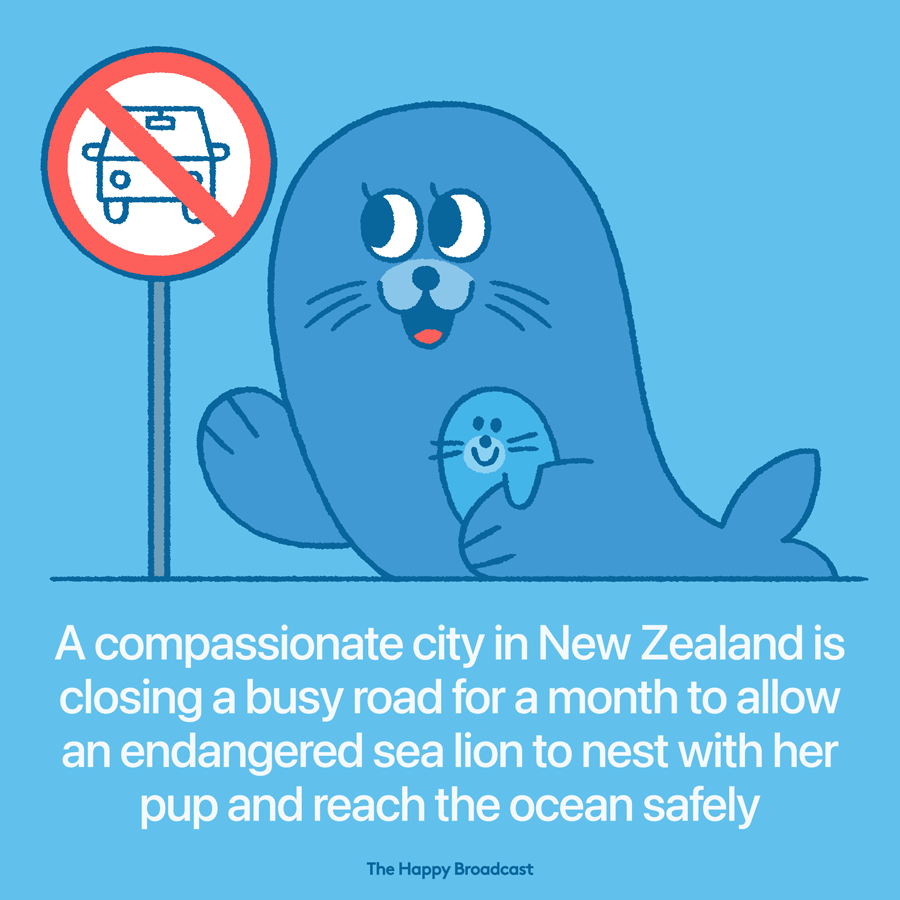 One city in New Zealand knows what its priorities are. Dunedin, the second largest city on New Zealand’s South Island, has closed a popular road to protect a mother sea lion and her pup.

“We’ve closed John Wilson Ocean Drive to vehicles for the next month to allow some special residents to use the road safely - a New Zealand sea lion and her pup have taken up residence at the golf course next door and are regularly crossing the road to get to the beach,” the Dunedin City Council wrote in a Facebook Post.

The mother sea lion, named Hiriwa, was first spotted on the Chisholm Links golf course about a week ago and is now nesting with her pup in a bush near the 13th hole. The mother and pup will now spend about a month nesting before heading out to sea. During that time, the mother will need to walk 500 meters (approximately 1,640 feet) to the beach each day to feed.