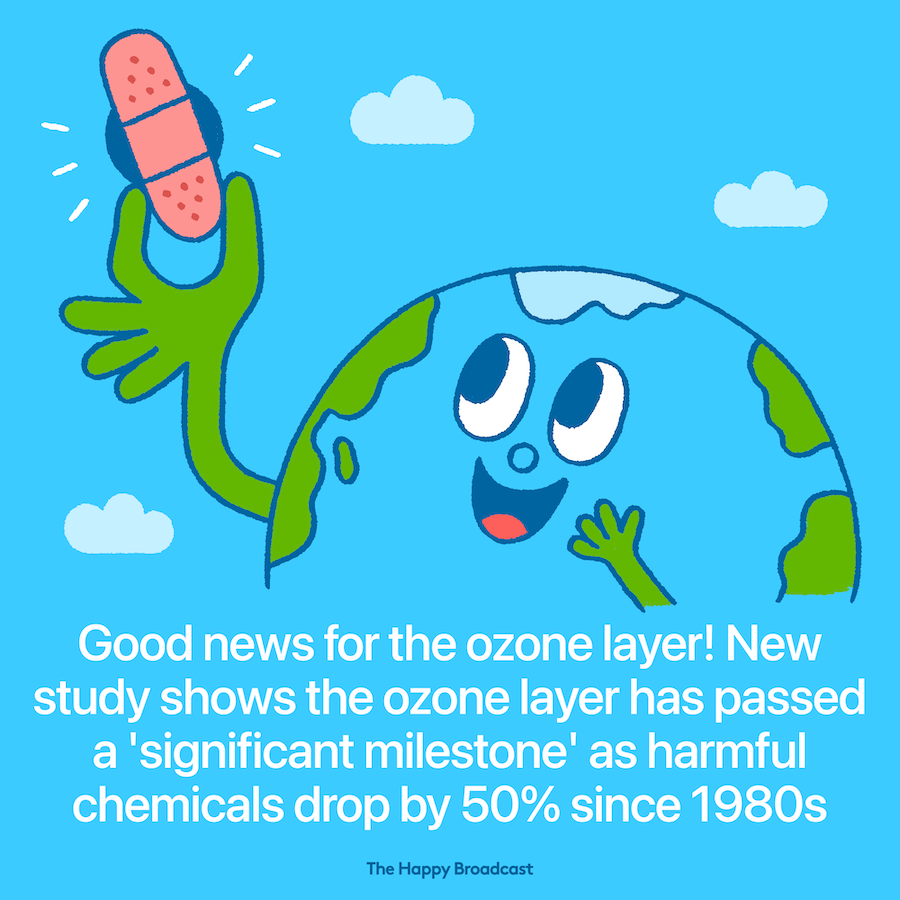 Earth's ozone layer is vital to protecting all forms of life – from crops to humans – from the sun's harmful radiation. This shield in Earth's stratosphere has been depleted for decades, putting life on the planet at risk, but new research from NOAA says that it may now have a chance to at least partially recover.

In new research, NOAA found that global concentrations of the harmful chemicals that damage the ozone layer have declined just over 50% in the mid-latitude stratosphere, to levels observed in 1980.

The continued decline, NOAA scientists said, "shows the threat to the ozone layer receding below a significant milestone in 2022."