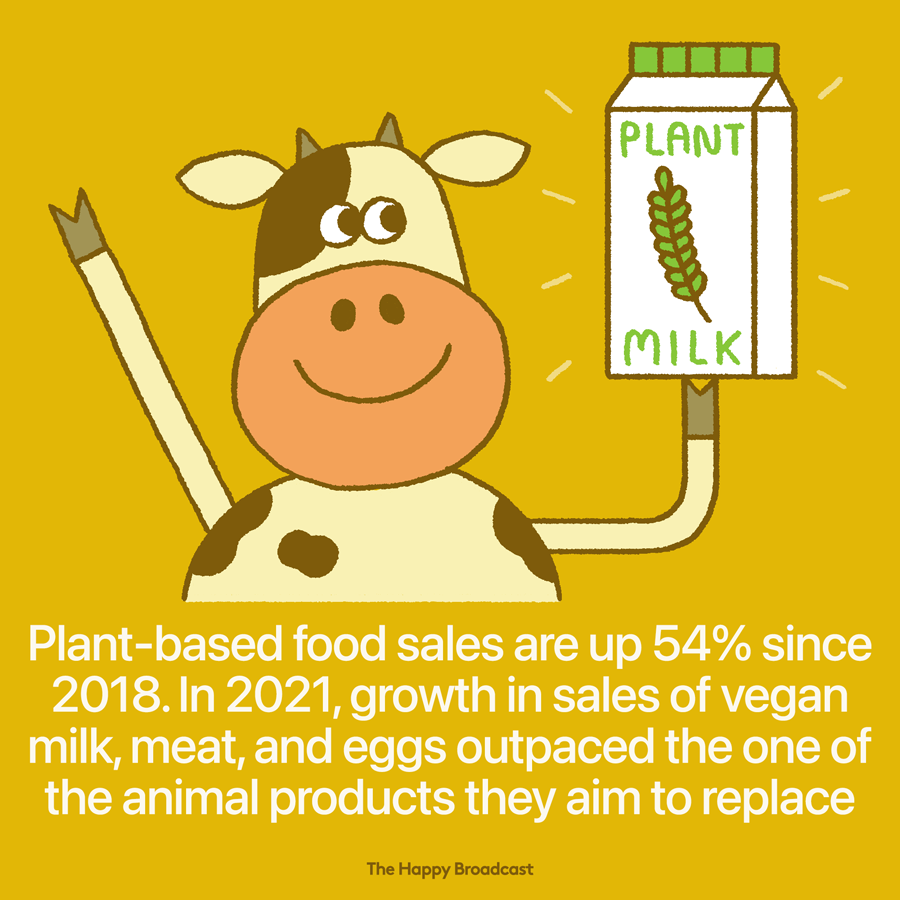 The Good Food Institute (GFI) released a report that sales of plant-based food hit $7.4 billion this year, growing by 54 percent since 2018 while the total food market only increased sales by 2 percent over the same period.

The increase in plant-based purchases can be largely attributed to younger consumers. Both Gen-Z and Millennial consumers lean towards environmentally and ethically beneficial purchases, condemning animal agriculture and animal testing.

The continued growth of the plant-based food market put to rest any worry that the demand for meat alternatives and dairy-free milk, cheese, and creamers was a fad. In contrast, general food sales remained stagnant since 2018. The report details that the plant-based market has far-surpassed the growth rates of the worldwide food market as a whole.

The research found that plant-based eggs ranked as the fastest-growing vegan food category, growing 42 percent. Plant-based eggs were followed closely by creamers and ready-to-drink beverages, which grew by 33 percent and 22 percent, respectively.