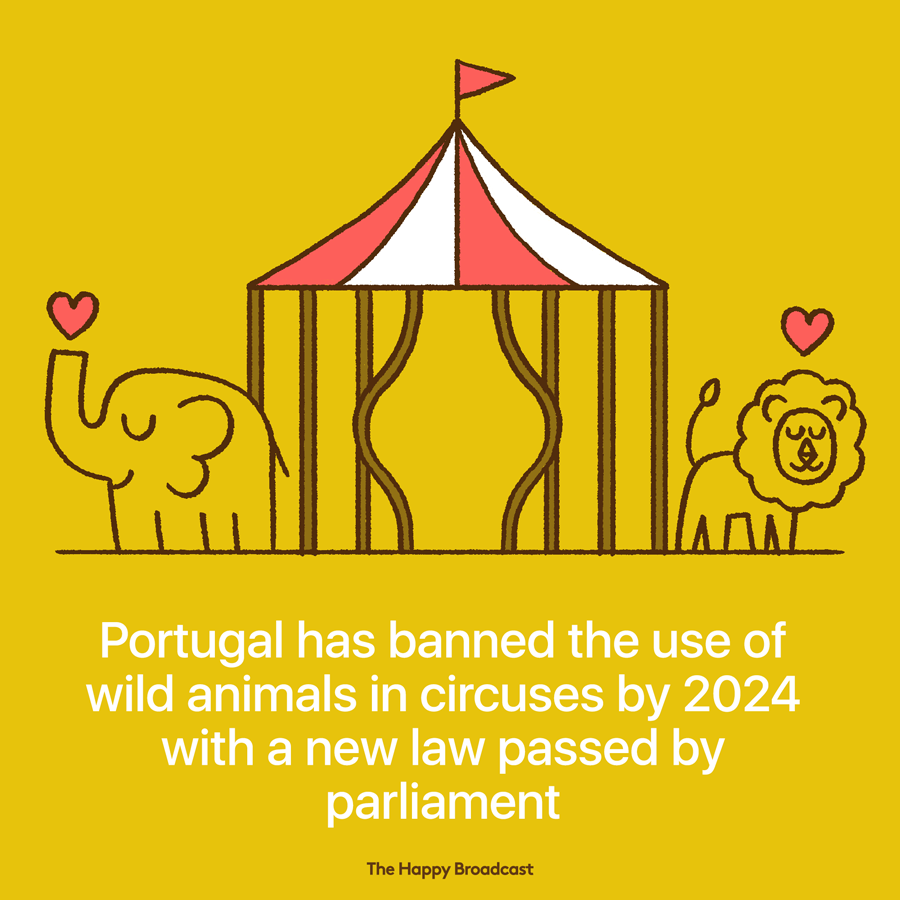 Portugal has banned the use of wild animals in circuses by 2024 with a new law passed by parliament and applauded by animal rights groups.⠀
⠀
Lions, tigers, elephants, camels and zebras are among the more than 1,000 animals banned under the new law covering around 40 species.⠀
⠀
Approved with support of both left-wing and right-wing lawmakers, the law brings Portugal in line with a dozen other countries including half of Europe which have banned wild animals in circus acts.⠀
⠀
Until 2024, circus owners will have to list their wild animals on a register created by the government so they can eventually be placed in wildlife shelters in Portugal or overseas.