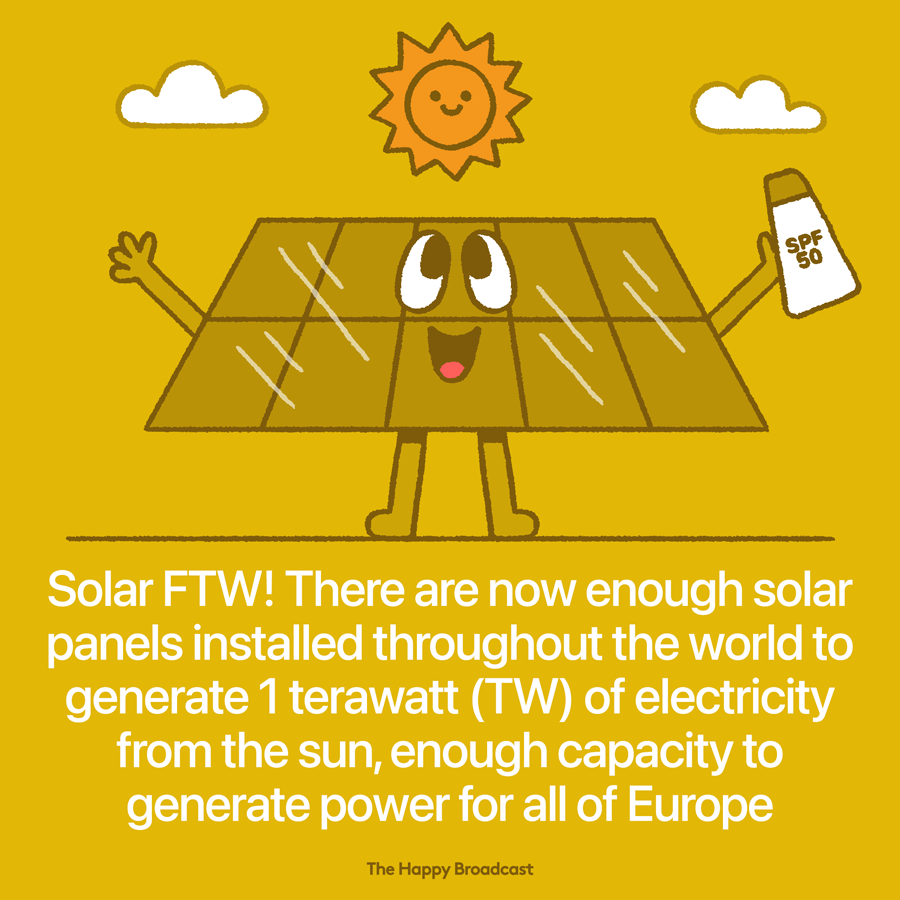 The world has reached a major milestone in the push for more renewable energy by reaching 1 terawatt of solar installations, enough capacity to generate power for all of Europe.

We can officially start measuring solar capacity in terawatts, In a country like Spain, which has roughly 3,000 hours of sunshine each year, this would be the equivalent to 3,000TW-hours.

The European Union currently delivers around 3.6 per cent of its electricity needs from solar power, while the UK is slightly higher at 4.1 per cent. BloombergNEF estimates that solar power will account for roughly 20 per cent of the European energy mix by 2040, based on current market trends.

Driving the growth of solar energy harvesting are China, Europe and the US, with the three regions accounting for more than half of installed solar capacity globally.