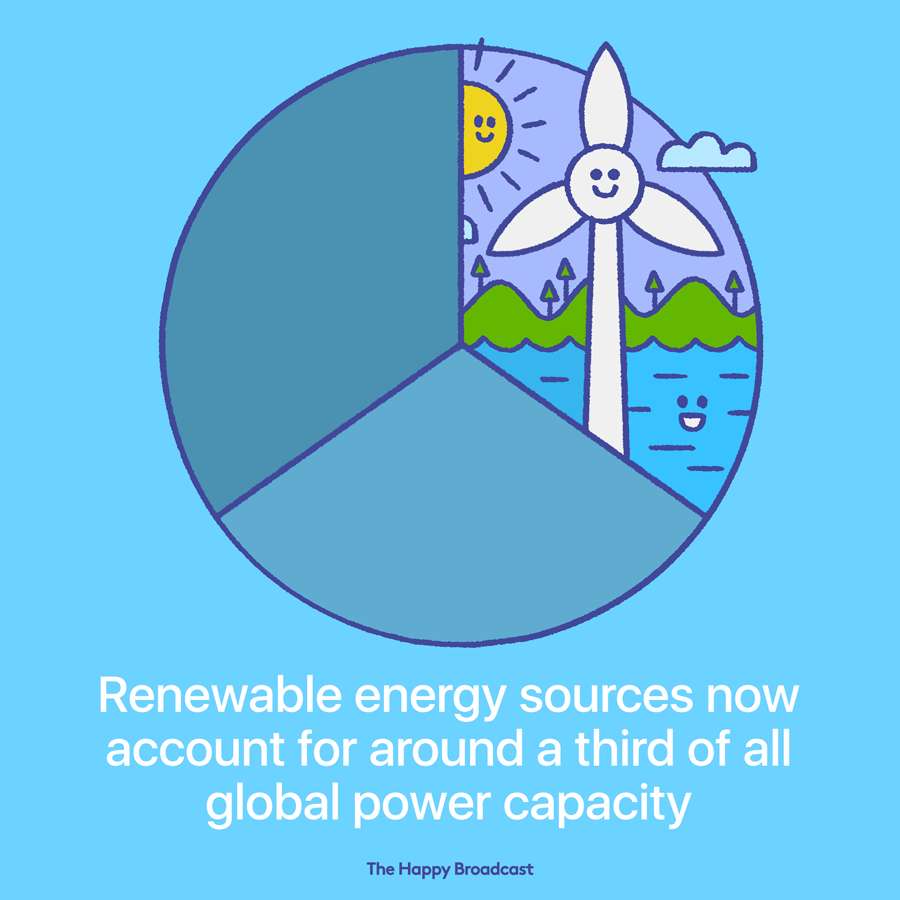 Renewable energy sources now account for around a third of all global power capacity, according to new figures published by the International Renewable Energy Agency, which revealed 171 gigawatts (GW) of new renewable capacity was installed in 2018.

But while Asia accounted for 61% of total new renewable energy installations, growing its regional installed capacity by 11.4%, it was actually the Oceanic region which saw the fastest speed of growth, increasing its capacity by 17.7%. Africa came in third with 8.4%.

Hydropower remains the largest renewable energy source based on installed capacity, with 1,172 GW, followed by wind energy with 564 GW and solar power with 480 GW.