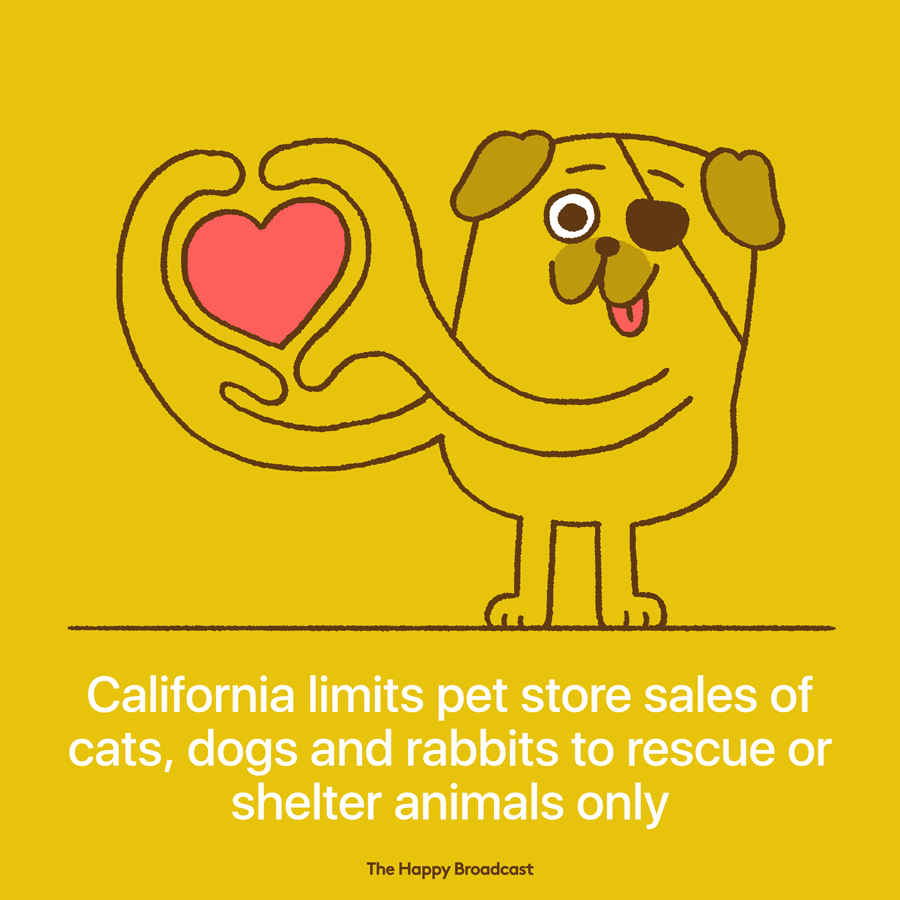 Retail pet stores in California will only be able to sell kittens, rabbits, and puppies if they come from a rescue organization after a new state law goes into effect Tuesday.

With AB 485, California became the first state to implement such strict new rules on pet stores. Retailers are banned from selling live dogs, cats or rabbits unless the animal was obtained from a public animal control agency or shelter, humane society group, society for the prevention of cruelty to animals shelter or a rescue group that’s in a cooperative agreement with at least one private or public shelter.

Assembly member Patrick O'Donnell called the law a “big win for our four-legged friends” and also for taxpayers, who he said spent more than $250 million a year to house and euthanize shelter animals.

Under the law, individuals are still allowed to buy from private breeders, but stores are prohibited from doing so.