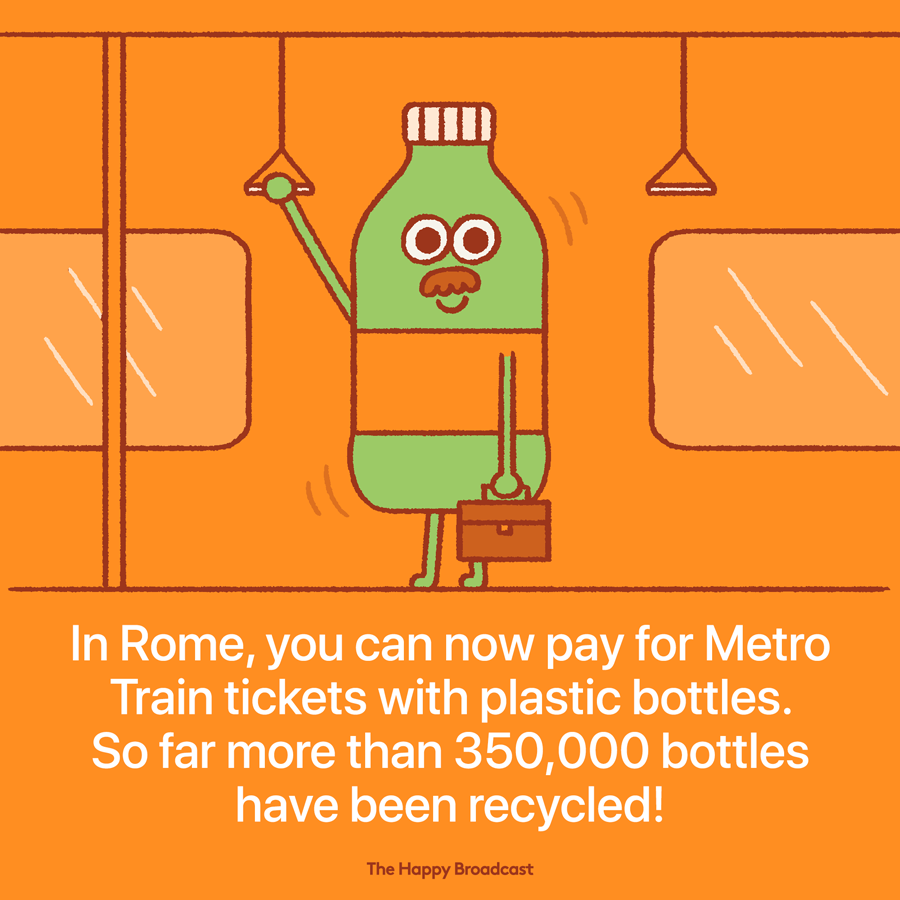 Rome is trying to become more environmentally friendly by offering free metro tickets to travelers who re-cycle plastic bottles using machines set up in three of the Italian capital’s stations.

The initiative, which was launched in July, has proved so popular that 350,000 bottles have been recycled. It will soon be extended across the metro network and run until July 2020, the city’s public transport company ATAC says.

Rome is the first capital city in the European Union to launch the scheme in metro stations. Similar schemes have already been adopted in Beijing and Istanbul.