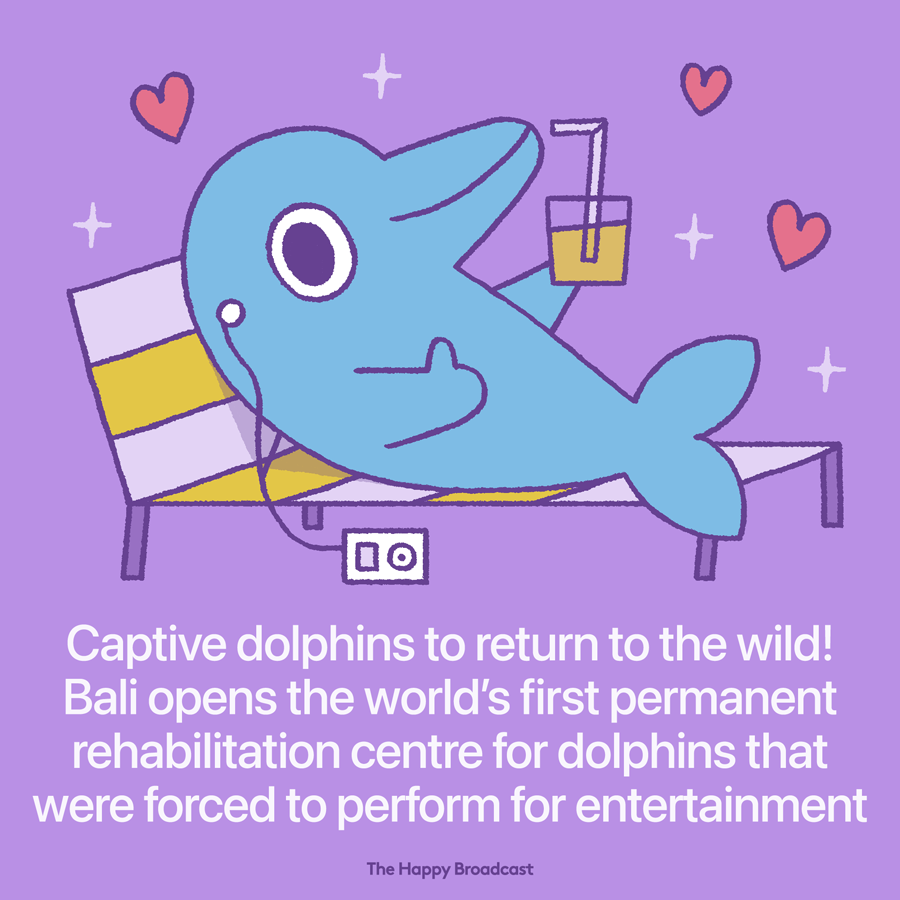 Run by US-based non-profit organization Dolphin Project and jointly built by the Indonesian Ministry of Environment and Forestry, the Natural Resources Conservation Center (BKSDA) in Bali, and the Jakarta Animal Aid Network (JAAN), the Bali Dolphin Sanctuary is opening its doors to its three new residents Rambo, Johnny, and Rocky.

Just a year ago, these three dolphins were being abused. They were forced to perform for human entertainment at the Melka Hotel, kept in shallow swimming pools filled with harmful chemicals such as chlorine and mistreated to the point of becoming underweight and blind.

The Bali Dolphin Sanctuary will function as a rehabilitation center to nurse dolphins back to health, helping them adapt to living in the wild, and also acting as a retirement center for dolphins who are unable to be released.