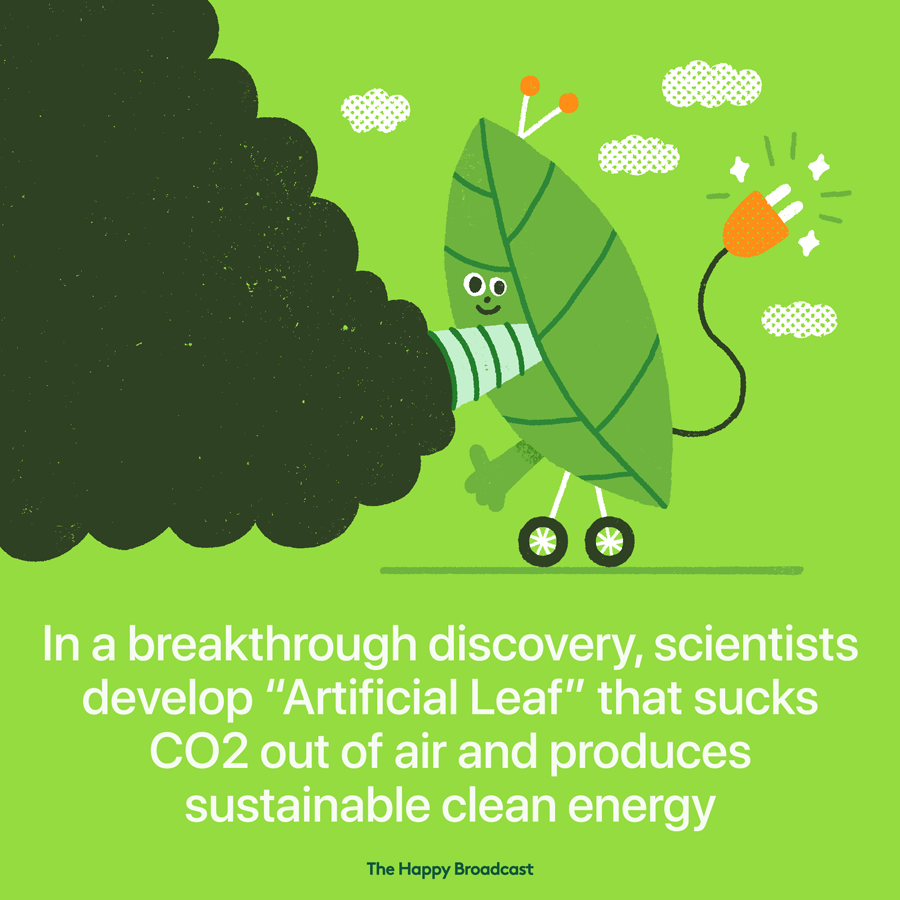 Scientists have created an “artificial leaf” that could turn carbon dioxide into fuel.

The new technology was inspired by the way plants use photosynthesis to turn carbon dioxide into glucose and oxygen. The artificial leaf mimics this process – with the help of a cheap red powder called cuprous oxide – and produces methanol and oxygen.

The methanol can be collected and used as fuel by heating the solution so the water evaporates, according to the paper published in Nature Energy.

Lead researcher Yimin Wu, an engineering professor at the University of Waterloo told The Independent: “This technology has achieved the solar to fuel efficiency about 10 per cent. This is already larger than the natural photosynthesis (about one per cent).