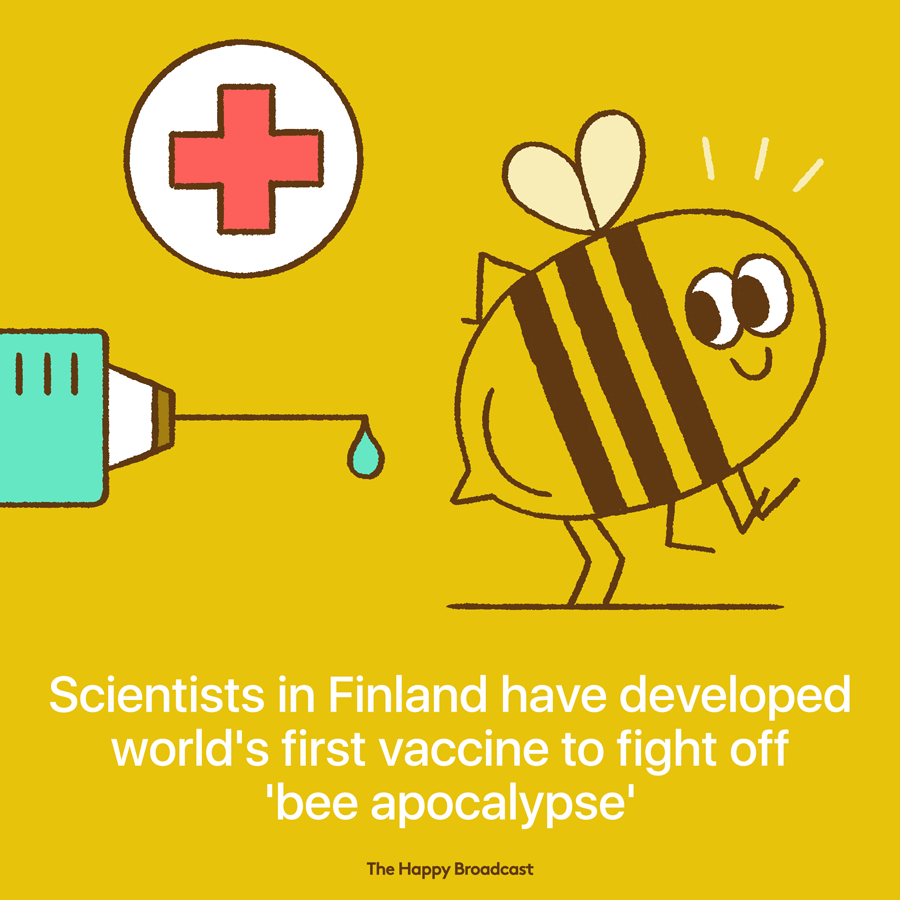 Scientists in Finland have developed what they believe is the world’s first vaccine to protect bees against disease, raising hopes for tackling the drastic decline in insect numbers which could cause a global food crisis.

In recent years bee populations around the world have been dying off from “colony collapse disorder”, a mysterious scourge blamed on mites, pesticides, virus, fungus, or some combination of these factors.

The vaccine, developed by a team at Helsinki University in Finland, works by giving bees resistance to fight off severe microbial diseases that can be fatal for pollinator communities.

The treatment is administered to the queen bee via a sugar lump, similar to the way many children are given polio vaccines. The queen then passes the immunity to her offspring, spreading it through the bee community.