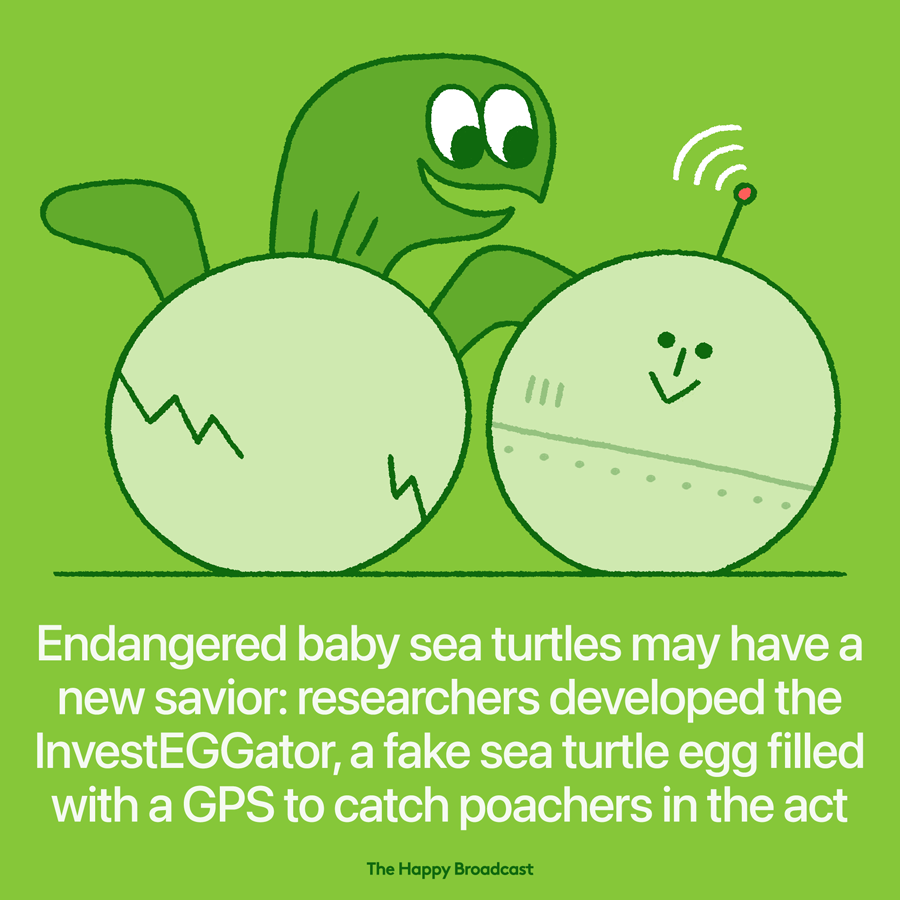 Sea turtle eggs are a culinary delicacy in Central America, and some believe the eggs can improve sexual performance. All seven sea turtle species are listed as threatened—some critically so—and egg poachers are only exacerbating the problem. Yet conservationists simply do not have the capacity to continuously patrol large beaches throughout the laying season.

Conservation scientist Kim Williams-Guillén was wracking her brain to come up with a way to save endangered sea turtles from egg poachers when she had an “aha” moment: If she placed a fake egg containing a GPS tracker in the reptiles’ nests, she might be able to track the thieves.

The idea won her the 2015 Wildlife Crime Tech Challenge—and a $10,000 prize. Now, Williams-Guillén and a multinational team of colleagues have not only made the device—dubbed the InvestEGGator—but have also published the results of their first field test.

Of 101 decoy eggs, five were able to track the routes of poacher. The farthest moving egg traveled 137 kilometers inland, the team reports today in Current Biology, stopping at the back alley of a supermarket.The “amazing” approach could one day help identify and stop high-level traffickers in the trade chain, says Héctor Barrios-Garrido, a conservation biologist from the University of Zulia, Maracaibo.